Colorado lawmakers in 2016 rejected an opportunity to bring the state’s open-records law into the 21st century.

They also decided that wage-law violations should remain “trade secrets” and that internal affairs files on judicial branch employees should remain confidential, which isn’t the case for other state government workers.

On matters affecting public information, the General Assembly did little during this year’s session to improve access. The most significant legislative win for government transparency doesn’t actually affect governments.

That would be SB 16-038, which requires financial disclosures and state audits for nonprofits that get millions of dollars of taxpayer money to coordinate services for Coloradans with developmental and intellectual disabilities. 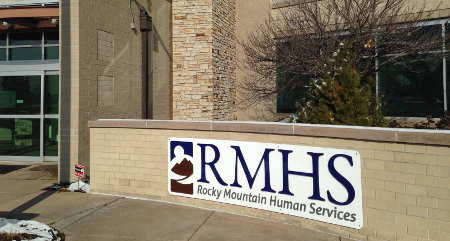 As introduced by Sen. Irene Aguilar, a Denver Democrat, SB 16-038 would have made CCBs subject to the Colorado Open Records Act (CORA). But Aguilar agreed to remove the CORA provision after the CCBs and other nonprofits that receive government money balked at the open-records mandate.

Instead, the enacted version requires the state auditor to conduct a performance audit of each community-centered board that receives at least 75 percent of its funding from public sources (all 20 qualify). It also requires the online posting of CCB agendas, meeting minutes, tax returns, government contracts and financial audits. If a request is made, CCBs will have five business days to provide copies of annual budgets, annual summaries of revenues and expenditures and financial policies and procedures.

“I think it’s a good outcome,” said Maureen Welch, the mother of an 8-year-old son with Down syndrome. “It’s a good start for us to get a window into the operations of the CCBs.”

Database records
CORA still includes references to microfilm and online bulletin boards, and the provision that ensures access to public records “kept only in digital form” – last amended in the 1990s – is antiquated and nonspecific.

That’s why Sen. John Kefalas, D-Fort Collins, introduced SB 16-037. Too often, journalists and members of the public are denied records in in a format that allows for searching, sorting and aggregating. And public records kept in databases and spreadsheets sometimes are withheld entirely because governments say they aren’t required to redact confidential information and release public portions. 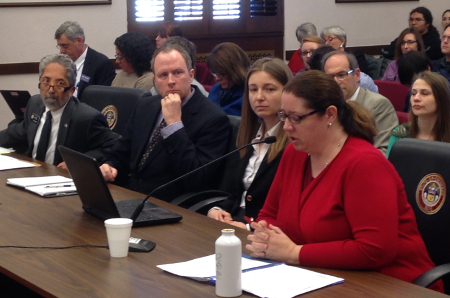 Peg Perl of Colorado Ethics Watch (right) testifies on SB 16-037 along with Katie Dahl of Colorado Common Cause and Todd Shepherd of the Independence Institute.

“I believe that records made and maintained by governmental entities belong to the public,” Kefalas said during testimony. “And with exceptions that are delineated in CORA…the public must be able to access, review and analyze such records to better understand governmental activities.”

But the Senate State, Veterans and Military Affairs Committee killed the bill on a 3-2 vote after government lobbyists voiced concerns about its impact on costs and data security.

The Colorado Freedom of Information Coalition, which supported the bill, already is in talks with government representatives and other stakeholders in an effort to produce compromise language for next year’s legislative session.

Wage-law violations
It is illegal, under the state’s interpretation of a 100-year-old law, for the Colorado Department of Labor and Employment to disclose whether an employer has cheated its workers. Rep. Jessie Danielson, D-Wheat Ridge, introduced HB 16-1347 to make citation and assessment information on wage-law violations available for inspection under CORA after an employer has exhausted all appeals.

Nobody testified against the bill, which passed a House committee unanimously and won bipartisan support on the House floor. But last week, with no discussion, the Senate Business, Labor and Technology Committee killed it on a 5-4 partisan vote.

“They gave no reasons for voting against such a common-sense transparency measure,” said Danielson, who plans to re-introduce the measure next session.

HB 16-1346, introduced by Rep. Polly Lawrence, R-Douglas County, would have made civil or internal investigative files on judicial department employees subject to CORA. Under the open-records law, internal affairs files on the conduct of public employees are presumed to be open for public inspection, except for portions that contain highly personal or private information unrelated to work performance.

The bill died in the House State, Veterans and Military Affairs Committee on a party-line 5-4 vote. Gerald Pratt, testifying for the Colorado Bar Association, told lawmakers they would risk “not respecting the separation of powers in our (state) constitution” if they applied CORA to the judicial branch.

Campaign finance
HB 16-1282, which was sent to the governor May 2, aligns campaign-finance disclosures in school board elections with those of other races in Colorado. Prompted in part by untraceable spending from outside groups in recent Denver metro races, the bill requires pre-election disclosure of independent expenditures of more than $1,000. It also requires disclosure of spending on advertisements, billboards and direct mailings.

Lawmakers also passed SB 16-186, which temporarily sets disclosure requirements for small-scale committees that support or oppose ballot issues. The limits are to be repealed in 2019 because of a pending federal court case.

A third campaign disclosure measure died. HB 16-1434 would have required independent groups and individuals to disclose expenditures when they buy ads, billboards and mailings that mention only political parties. Disclosure currently is required when such communications mention candidates, but not when they generally suggest that you support Democrats or Republicans.

School board violations
SB 16-101 would have created a school board ethics commission in the state Department of Education to hear alleged violations of CORA and Colorado’s Open Meetings Law. Sen. Andy Kerr, D-Lakewood, introduced the bill in response to allegations made during last fall’s recall election in the Jefferson County school district.

Under current law, going to court is the only way to challenge denials of access to public records and public meetings in Colorado.

McDaniel family members, who have sued a charter school over alleged open-meetings violations, testify on SB 16-101 (photo courtesy of The Colorado Independent).

Two Douglas County parents testified for the bill, saying the Dougco school board has a history of making decisions behind closed doors and stonewalling open-records requests. Joanne and Alex McDaniel, testifying with their two young daughters, made numerous allegations about a charter school board in Jefferson County.

But Sen. Owen Hill said the measure would have created a commission “appointed by politicians” to oversee school board members who are elected directly by the people.

Sunshine Law exception
The governor signed HB 16-1259, which allows the trustees of Colorado Mountain College to make decisions electronically under limited circumstances. Glenwood Springs-based CMC asked for the change because the college’s 11 campuses serve a large geographic area that is often difficult to travel, especially in winter.

The Open Meetings Law, aka the Sunshine Law, effectively bars email discussions of public business among three or more elected members of a local government body because it’s difficult, if not impossible, for the public to “attend” that meeting and monitor what is discussed. The bill lets the CMC board take action using email, fax “or other form of wire or wireless communication” if proper notice is given beforehand.

The board is not be allowed to meet electronically if any one board member objects in writing or if a member of the public requests that the proposed action be discussed during a regular or special meeting.

Whistleblowers
A Senate committee killed HB 16-1078, which would have extended state employee whistleblower protections to employees of municipalities, counties and school districts.

The legislature passed a separate whistleblower bill, SB 16-056, which prohibits the discipline of state employees who reveal confidential information while reporting instances of waste, mismanagement of public funds or abuses of authority to a designated “whistleblower review agency.” That will be the attorney general’s office in most circumstances.

“But unless we provide them with meaningful protections against retaliation or harassment within their agencies, we will not get the candor or disclosures that we need.”

Breathalyzer data
SB 16-132, which was sent to the governor in late April, closes personally identifying portions of the state’s database of breath-alcohol test results. The bill, however, doesn’t affect information available in law enforcement reports on drunken driving arrests.

An individual’s breathalyzer results “will still be in police reports,” said Sen. John Cooke, the Weld County Republican who introduced the measure. “When someone gets arrested, everything will be in there, just as it has been. And it will always be in court documents, obviously.”

Child victim records
The governor signed SB 16-110, which deletes the names of children who are victims of serious crimes from criminal justice records before those records are released to the public.

“Victims who are children are further victimized when their name is made public, when their neighbors, their friends at school, their community find out about whatever has happened to them,” said Sen. Laura Woods, R-Arvada, the bill’s sponsor.

The Colorado Criminal Justice Records Act already requires the deletion of sexual assault victims’ names prior to the release of those records. Child abuse records are confidential under a separate statute. SB 16-110 covers some of the most serious crimes against children, including: internet sexual exploitation of a child, enticement of a child, internet luring of a child, soliciting for child prostitution and human trafficking of a minor for involuntary servitude.