Lawmakers rejected a proposal Wednesday to treat the administrative records of people who work for Colorado’s judicial branch like the records of those who work for the executive and legislative branches and all local governments in Colorado.

HB 16-1346 would have made civil or internal investigative files on judicial department employees subject to the Colorado Open Records Act. Under CORA, internal affairs files on the conduct of public employees are presumed to be open for public inspection, except for portions that contain highly personal or private information unrelated to work performance. 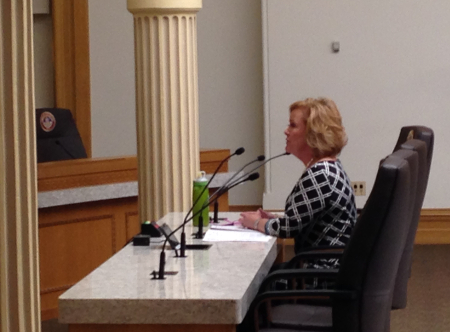 But under rules promulgated last fall by the Colorado Supreme Court, internal investigative files on judicial branch employees are not available, except for the outcome of an investigation.

“My understanding of government is that we have three co-equal branches,” said Rep. Polly Lawrence, the Douglas County Republican who introduced the bill. “We should be handling them as equally as possible.”

Lawrence noted that the Colorado Court of Appeals, in the 2012 Gleason v. Judicial Watch decision affirming the judicial department’s exemption from the state open-records law, appeared to leave it to the legislature to define the judiciary as a state agency for CORA purposes.

Her bill, she said, “brings us a step closer to assuring that we have as open access to records as we possibly can for each branch of government.”

“It just seems like a common-sense thing,” said Rep. Patrick Neville, R-Castle Rock. “It’s kind of interesting that it was the judicial branch that interpreted themselves as being outside of CORA in the first place.”

But Gerald Pratt, testifying for the Colorado Bar Association, said the Colorado Constitution gives the state Supreme Court power to make rules governing the administration of the courts.

Rep. Su Ryden, the Aurora Democrat who chairs the committee, said she would need “a much more compelling reason to essentially change the constitution.” She said testimony made it “pretty clear” that the state constitution directs the judicial branch to make its own rules. “It would seem to me we’d almost have to bring a ballot measure to overturn that piece of it to allow us to take this kind of action.”