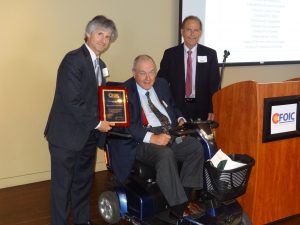 The Jean Otto Friend of Freedom Award recognizes someone for sustained and/or significant open-government activities. It honors the legacy of Jean Otto, a long-time editor and reader representative at the Rocky Mountain News who founded CFOIC and was a tireless advocate for First Amendment and freedom-of-information rights.

The award was given once, in 1999, before it was named for Jean Otto. The recipient was James Manspeaker, former clerk of the U.S. District Court in Denver. Other recipients have been: 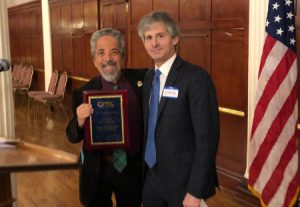 The Sue O’Brien Award for Public Service recognizes a person in government who displays consistent understanding of the importance of public access to official records and meetings – qualities demonstrated by the award’s namesake. CFOIC created the award in 2007 in memory of Sue O’Brien, who was editorial page editor of The Denver Post when she died in 2003. She also had been Gov. Dick Lamm’s press secretary, campaign manager for Gov. Roy Romer, a tenured professor at the University of Colorado and a television and radio journalist in Denver and nationally. Recipients of the award have been: 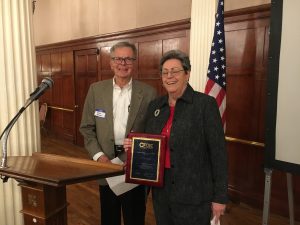 The Ruth Anna Citizen Champion Award recognizes a Coloradan who champions open government. It is named for Ruth Anna, a member of CFOIC’s board for nearly 30 years, many of them as treasurer. Anna ran a public relations business and served as president of Colorado Press Women and the National Federation of Press Women, also representing that organization on the National First Amendment Congress.

Ruth Anna, who lives in Grand Junction, was the first recipient of the award bearing her name on Mar. 16, 2018.