A House committee on Monday approved a Sunshine Law exception for Colorado Mountain College so that its board of trustees can make decisions electronically under limited circumstances.

HB 16-1259 changes the open-meetings rules for Glenwood Springs-based CMC because the local district college’s 11 campuses serve a large geographic area that is often difficult to travel, especially in winter.

“This is a bill about flexibility with transparency and the Sunshine Law still being followed,” said the bill’s sponsor, Rep. Diane Mitsch Bush, D-Steamboat Springs. 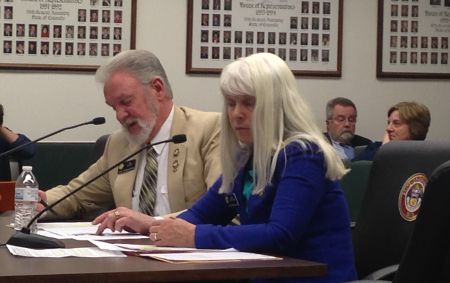 The state’s Open Meetings Law, aka the Sunshine Law, effectively bars email discussions of public business among three or more elected members of a local government body because it’s difficult, if not impossible, for the public to “attend” that meeting and monitor what is discussed.

The bill, approved unanimously by the House Education Committee, would let the CMC board take action using email, fax “or other form of wire or wireless communication” if proper notice is given beforehand.

The board would not be allowed to meet electronically if any one board member objects in writing or if a member of the public requests that the proposed action be discussed during a regular or special meeting.

Matt Gianneschi, chief operating officer and chief of staff for Colorado Mountain College, said it’s likely the trustees will register their votes on a password-protected area of CMC’s website. If the trustees have agreed to vote electronically, the public would be notified so that anyone could request an in-person or telephonic meeting (at which the public could participate via conference call).

The trustees’ electronic votes would appear on the website during a specified window of time. “They’d weigh in or not. No discussion,” Gianneschi said. “Everything else regarding the Sunshine Law applies.”

Under an amendment to the bill, requested by the Colorado Press Association and the Colorado Broadcasters Association, anyone could ask to be notified when an action is to be taken by electronic means. The Open Meetings Law has a similar notification provision sometimes called a “sunshine list.”

Gianneschi said CMC would use its electronic voting privilege on matters that previously won board approval but need a slight modification or a final vote. “I would assume it’s going to be a unanimous vote every time because otherwise (a board member) would say, ‘Don’t do it this way because I want to talk about it on the record.’”

The state’s other local district college, Greeley-based Aims Community College, opted out of the electronic meetings provision of HB 16-1259.