State senators on Monday rejected the proposed creation of a school board ethics commission to hear alleged violations of Colorado’s Open Meetings Law and the Colorado Open Records Act.

Sen. Owen Hill said he voted against SB 16-101 because it would have created a commission “appointed by politicians” to oversee school board members who are elected directly by the people. 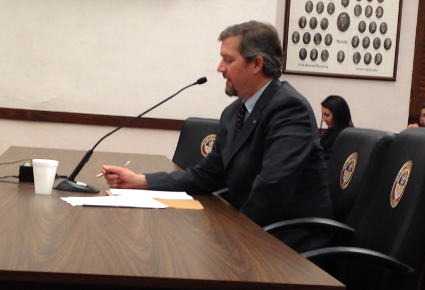 “I haven’t talked to any of my constituents that trust folks appointed by politicians more than they trust their direct access and accountability to (elected) folks,” said Hill, a Colorado Springs Republican. He was one of three GOP members of the Senate State, Veterans and Military Affairs Committee who voted to kill the bill on a party-line vote.

However, no one had taken the board to court, which is the only way to challenge alleged violations of the open-records and open-meetings laws in Colorado. Hoping to prove his critics wrong before the election, Witt said he was filing an ethics complaint against himself with the Colorado Independent Ethics Commission. But that agency has no jurisdiction over school boards and doesn’t hear complaints about CORA or the Open Meetings Law.

Kerr’s proposed ethics commission within the Colorado Department of Education would have heard such complaints as well as complaints related to ethics, the conduct of school board meetings and other matters.

His bill called for the commission to refer a complaint to an administrative law judge upon a finding of probable cause. The commission then would vote to determine if a violation occurred and, if so, whether to impose a fine, censure a board member, void a school board action or impose some other sanction.

Two Douglas County parents testified that Kerr’s bill is necessary partly because the Dougco school board has a history of making decisions behind closed doors, in violation of the Open Meetings Law. One of them, Meg Masten, also said the district repeatedly stonewalls open-records requests.

“As a parent and taxpayer it’s frustrating that elected officials can act in such a manner with no accountability or oversight,” she said. “Simply the existence of a school board ethics commission would act as a deterrent and be extremely valuable in facilitating best practices of local school boards.”

Joanne and Alex McDaniel, testifying with their two young daughters, made numerous allegations about a charter school board in Jefferson County. Their story outraged Sen. Matt Jones, D-Louisville, who said the lack of oversight of charter school boards is “a huge hole in state law.”