On a Friday afternoon earlier this month, a town trustee in Berthoud emailed six fellow board members “to give you all a heads up on a critical issue we will be voting on next week.” Paul Alaback’s message argued against the appointment of a former trustee to the town’s planning commission.

Berthoud Mayor David Gregg rightfully sounded an alarm in his response 48 minutes later: “This is the sort of discussion that should take place in the light of a public meeting, not working to influence ahead of the public meeting,” the mayor wrote back. “’Copy’ all emails to fellow trustees are a wee dangerous if they contain anything other than informational content.”

According to the email thread obtained by the Berthoud Weekly Surveyor, only Trustee Mike Henning continued the electronic conversation, chiming in a few days later to say that he would be a “no” vote on the nominee for planning commissioner.

Henning’s email demonstrated a lack of understanding of Colorado’s Open Meetings Law (OML). “Not sure what David is talking about,” he added. “We have email to use for these kinds of things.”

No, Trustee Henning, you don’t. Not unless you can figure out a way to invite the entire Berthoud community to join your electronic conversations with two or more fellow trustees regarding this or any policy matter under your purview. And you would have to give the public 24 hours’ advance notice, publish an agenda and, in certain circumstances, keep minutes. 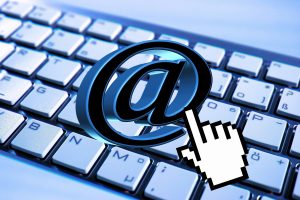 For local public bodies like the Berthoud town board, there are rules for conducting meetings under the OML, also known as the Sunshine Law, which Colorado voters initiated in 1972. The statute emphatically declares that “the formation of public policy is public business and may not be conducted in secret.”

The law, since updated, defines a meeting as “any kind of gathering, convened to discuss public business, in person, by telephone, electronically, or by (any) other means of communication.” This includes emailing, texting, tweeting, instant messaging, Facebook messaging, Snapchatting and forms of communication that haven’t been invented yet.  Moreover, the law makes it abundantly clear that “if elected officials use electronic mail to discuss pending legislation or other public business among themselves, the electronic mail shall be subject to the requirements” of the OML.

To be covered under the Sunshine Law, the subject matter of the discussion must be “rationally connected to the policy-making responsibilities of the public body holding or attending the meeting,’’ according to an analysis of the law by the Spencer Fane law firm, which represents local governments in Colorado. It’s OK for a board member to email a party invitation to her fellow board members. It’s not OK for her to email a discussion of rules, regulations, ordinances or possible formal action.

Technology makes it incredibly easy to reach out to others nowadays. But when three or more members of a city council, county commission or school board use electronic devices to talk policy – it can be just two members if two constitutes a quorum – they deny the public its right to “attend” that meeting. The same would hold true if two or more members of a state public body, such as the Colorado House or Senate, exchanged emails or text messages about pending legislation.

This is the crux of the controversy in Pueblo that, as of Friday, has led to the resignation of one city council member and the start of a recall movement against two others. As reported by The Pueblo Chieftain, the three councilors engaged in illegal online discussions about several controversial issues with a political adviser, Pueblo County’s transportation director.

The county official emailed two city council members who then included a third member, council President Sandy Daff, in their replies. Daff responded by saying she typically does not respond to group emails. But that was inadequate to avoid a Sunshine Law violation, according to attorney Steve Zansberg, president of the Colorado Freedom of Information Coalition and an expert on the OML.

“Had Ms. Daff said she simply did not want to receive any further such communications, and that all such discussions among three or more council members must be done in the open, at a properly noticed public meeting, that would be a very different set of facts,” Zansberg told The Chieftain.

Forwarding the thread, which clearly discusses public business, to a third council member made the email exchange a “meeting” under the OML. You might wonder if it’s acceptable under the law for a member of a public body to simply receive such emails in their inbox and do nothing else. It’s not.

Says Zansberg: “One unsolicited email would be understandable and forgivable. Receiving a series of emails on a subject, however, without saying ‘DO NOT CONTACT ME VIA EMAIL TO DISCUSS THIS,’ is tacit participation in the conversation. That’s how I’d draw the line.”

Whether a gathering is convened in person, by phone or via email or Facebook, it is not necessary for each participant to actually contribute to the conversation by speaking or writing. A “public meeting” is any gathering of the minimum number of members of a public body “at which any public business is discussed.” The discussion need not be by ANY member of the local public body (such as in a public hearing or fact-finding meeting).

The Spencer Fane law firm offers this advice to local government clients: “The ease with which email allows for communication among board members offers a convenient way in which to discuss issues, but it also provides an easy way in which a board can unintentionally enter into a public meeting that must comply with the requirements of the OML. If an email chain begins to take the tone of a board discussion of a formal action, take a step back, inform other participants of the potential OML implications, and determine whether the email chain is the appropriate venue for discussing the issue.”

What else should state-and-local elected officials and other public employees in Colorado keep in mind before using their computers or handheld devices to communicate?

Think before you hit “send.” Know that any electronic communications that discuss public business can be requested under the Colorado Open Records Act (CORA). There is no quorum requirement for public employees who are not elected or appointed members of a public body. Any emails they send or receive whose content discusses public business are subject to disclosure under CORA, unless an exemption applies.

It doesn’t matter if you use your personal email or text-messaging account or device, rather than a government-owned account or device. Your communications may be considered public records if they address public business.

Private matters discussed on email can remain private, even if they are sent using government systems or hardware. The Colorado Supreme Court ruled in 2005 that sexually explicit messages exchanged by two county employees were not subject to disclosure. But if public matters are discussed in the same emails, those portions should be released with the private portions redacted.

Labeling emails as “attorney-client privileged” does not automatically exempt them from disclosure under CORA. The mayor of Colorado Springs recently ordered the city utilities agency to stop this practice, which was seen as attempt to avoid releasing information on a power plant fire. The attorney-client exemption applies only to materials prepared by an attorney when litigation is anticipated.

When the public learns something about their government via the release of emails, often the information comes from a journalist who gets a tip and makes a records request. Recently, a few local governments have taken steps to let the public see the emails of elected officials – other than those exempt from release under CORA – without having to make formal requests. Fort Collins’ Email Transparency Project is one such effort. The Larimer County Commission offers something similar.

Ashlin Cross, an intern with the Colorado Press Association, surveyed some other local governments in Colorado to gauge their interest in creating similar systems for their constituencies. Most aren’t considering the idea because they don’t get a lot of requests for emails. The cost of implementing this kind of system also is a concern.

“If requests for access to city council email increase, the council would discuss a similar project to Fort Collins’ Email Transparency Project because open and transparent government is so important to us,” said Boulder spokesperson Sarah Huntley. “But right now we just don’t have enough requests for that to be necessary.”

For more on the impact of technology on access to public records and meetings, download a July 2014 white paper by Steve Zansberg.