With no discussion, a Senate committee late last week killed legislation that would have allowed the Colorado Department of Labor and Employment to disclose whether a company has cheated its workers.

HB 16-1347 had received bipartisan support in the House, passing unanimously in committee and 47-17 on the floor. But the Republican-controlled Senate Business, Labor and Technology Committee defeated it Friday on a 5-4 partisan vote.

“It’s frustrating,” said Rep. Jessie Danielson, the Wheat Ridge Democrat who introduced the bill. “They gave no reasons for voting against such a common-sense transparency measure.”

Danielson introduced HB 16-1347 in response to a Rocky Mountain PBS investigation last spring. Under the state’s interpretation of a 100-year-old law, wage-theft complaints against Colorado employers must be kept from the public, even after an investigation is over and a citation has been issued, the RMPBS report showed. 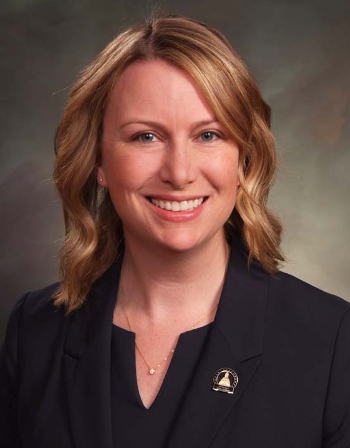 Current law specifies that information related to wage-law violations “may” be treated as a confidential “trade secret.” It also says that a state employee who divulges confidential information can be fined up to $1,000 and be disqualified from employment with the state.

HB 16-1347 would have made citation and assessment information on wage-law violations available for inspection under the Colorado Open Records Act (CORA) after an employer had exhausted all appeals.

The language in the bill was the result of talks involving the state labor department, labor advocates and the Colorado Association of Commerce and Industry. CACI and other state business groups were officially “neutral” on the proposal after gaining assurances that employers would have 20 days to object if they believed the labor department was about to release documents containing trade-secret information that should be kept confidential under CORA.

“This was heavily negotiated by the House sponsor in an attempt to get bipartisan support and to acknowledge a very narrow concern in the law,” Sen. Jessie Ulibarri, the Westminster Democrat who sponsored the bill in the Senate, told committee members Friday.

Danielson said it’s “disappointing” the Senate committee killed a bill that had no opposition. The legislation, she told a House committee last month, was meant to discourage “bad actor” employers from violating laws governing the payment of wages, overtime and expenses and to help people determine whether certain companies are chronic violators. It also would have helped consumers decide whether to patronize businesses that don’t treat employees fairly.

The Senate Business, Labor and Technology Committee took testimony Friday but did not discuss HB 16-1347 before taking a vote. Danielson said she plans to work on the same issue next legislative session.