The report illustrated the confusing and expensive landscape of “research and retrieval” fees charged to CORA requestors by various state, county and municipal government entities. One year later, Ethics Watch and CFOIC have revisited those same government entities to see if things have improved. 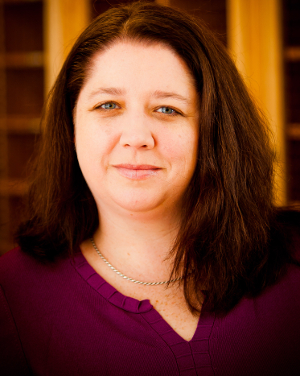 A major change since the 2013 report survey was the passage of HB 14-1193, which added three new limits on research and retrieval fees to CORA effective July 1, 2014. Ethics Watch and CFOIC worked with a number of other organizations and stakeholders to support this legislation in an effort to reign in fees and provide more uniformity than the fees charged in 2013.

A month after the law became effective, many government entities had not yet revised their fee policies. CFOIC created an interactive graphic on how the fees of more than 100 government agencies did – or did not – comply with the new law in August 2014.

A full year after the 2013 Ethics Watch report, it appears that all the state, county and municipal governments surveyed for that document have revised their research-and-retrieval policies to be in compliance with the new law. Some state agencies have raised fees to the $30-per-hour statutory maximum, but others are charging $20 per hour, in line with the model policy of the governor’s office. Although the law requires one hour of research time without charge, a third of those state agencies reviewed provide two hours of research time free.

There was a more dramatic change in county and municipal governments after the new law. Not only did many agencies reduce hourly charges of as high as $50 to the statutory cap of $30, but numerous counties and cities that charged the “actual cost” of an employee’s salary in 2013 have now moved to $30 per hour.

This change represents a reduction in fees as well as a more consistent and predictable policy – no longer does the charge to a citizen vary greatly depending upon which government employee ends up responding to it. The other major improvement resulting in reduced fees to CORA requestors was the move to provide at least one hour without charge.

Thirty-nine percent of counties and municipalities in the 2013 report started charging with the first minute spent responding to a request, and 22 percent provided only 30 minutes or less time before charging. In 2014, 95 percent of those counties and municipalities provided one hour of response time without charge. This change makes a real difference to citizens and journalists who make routine document requests that should not take more than one hour to fill.

There is still work to do in making CORA and Colorado government truly modern for our digital age. Hopefully, a reduced reliance on fees as a way of generating revenue from CORA requestors will provide an incentive for government agencies to proactively post public documents on websites. In the meantime, when CORA requests are needed to access public documents, citizens now face a smaller bill than one year ago.

To see a full comparison of CORA research-and-retrieval fee policies between 2013 and today, click here.