Residents of the small Southern Colorado town of Center have faced all of these issues over the last seven years.

The ongoing conflicts in this San Luis Valley community have been consistently revealed and reported by the Center Post-Dispatch and its reporter Teresa Benns. In the process, the small weekly newspaper (circulation 320) has fought to open secret meetings and obtain withheld records, while reporting on the town’s seemingly constant political battles. After the paper sued the Saguache County Commission in 2010, the county acknowledged it had violated Colorado’s Sunshine Law and promised not to repeat the offense. 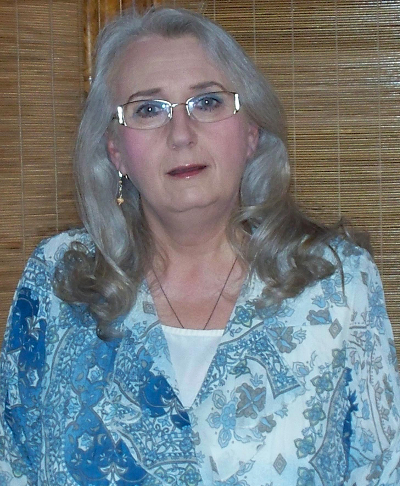 Because of their efforts to hold officials accountable, Benns and the newspaper have been verbally attacked by contentious members of Center’s town governing board. In 2011, Benns was physically confronted by the former town clerk while attempting to document election procedures at the county courthouse. She obtained a restraining order against the former clerk and county commissioner because of his harassment. Despite the friction, Benns continues to cover town meetings and the newspaper continues to publish objective news reports. Benns also has written numerous columns on town governance.

In recognition of these significant and sustained contributions to open government in Center, the CFOIC will present its Jean Otto Friend of Freedom Award to Benns and the Post-Dispatch during a luncheon Saturday at the Monte Villa Hotel in Monte Vista.

“One would be hard-pressed to find a reporter – and a newspaper standing behind her – as intrepid and persistent in their fight for government transparency as Teresa Benns and the Center Post-Dispatch” said CFOIC President Steve Zansberg. “Even actual threats of physical violence have not deterred Teresa from continuing to hold public officials accountable.”

Susan Banning, a former mayor and town trustee of Center, thanked Benns and the newspaper “for keeping the spotlight on open government in Center.”

Benns and the Post-Dispatch, she said, “have been a vital link for the community to separate the fact from fiction often spread about in a town of 2,400 people.” The newspaper, she added, regularly reminds town politicians that the Sunshine Law dictates “how legal matters should be handled in executive session and that all meetings should be open to the public.”

The archives of the Post-Dispatch show that much of Center’s political conflict began with a community election in 2008, after which election watchdogs complained of vote fraud. The complaints led to a federal lawsuit and the election of a new board of town trustees.

Angered by the new board’s planned expense for an improved water system, citizens organized a recall election in 2013. The recall resulted in yet another slate of board members, but the town once again faced allegations of vote fraud. Those elected in the recall were removed and then reinstated by a series of decisions in a case that went all the way to the Colorado Supreme Court. Throughout the long legal process, Benns and the Post-Dispatch reported on the arguments and decisions.

The Post-Dispatch has also reported on several criminal cases filed against board members and town officials during the last ten years. A recurring question has been whether citizens with criminal histories can be allowed to hold government offices with fiduciary responsibilities. The newspaper has made those criminal histories public.

The Post-Dispatch is part of Valley Publishing in Monte Vista. Jennifer Alonzo publishes the newspaper and Keith Cerny, as division manager for News Media Corp., oversees the Post-Dispatch and eight other newspapers in Colorado and Wyoming.

Previous recipients of the Jean Otto Friend of Freedom Award include former Denver Post publisher Dean Singleton, Jeff Thomas and Pam Zubeck of The Gazette in Colorado Springs and the Ballantine family, owners of the Durango Herald.

The award honors the legacy of Jean Otto, a long-time editor and reader representative at the Rocky Mountain News who founded the CFOIC in 1987 and was a tireless advocate for First Amendment and freedom-of-information rights.