Paul Houston was “stunned” when he saw Sheridan’s response to an open records request concerning his ongoing effort to ban photo radar and red-light cameras in that suburb of Denver.

On Feb. 8, he had asked for City Clerk Arlene Sagee’s emails over the previous seven months that mentioned any of 10 specific search terms, including “Houston,” a court case number or the words “initiative” or “signatures.”

“If they can get away with that, we don’t have an open records act in Colorado,” Houston said. “It’s a joke.”

Emails of public officials are open for inspection under the Colorado Open Records Act, depending on their content. Such messages can reveal important insights into how government decisions are made, but using CORA to obtain emails can be a frustrating and sometimes futile exercise because records-retention policies tend to be vague and discretionary.

The Sheridan clerk’s response to Houston’s records request highlights an all-too-common scenario: Emails can vanish with the click of a mouse, and the cost to recover them can be prohibitively expensive in some government jurisdictions, especially smaller ones with modest budgets for information technology.

Houston unsuccessfully sued Sheridan last year for rejecting petition signatures related to a proposed ballot measure to ban photo radar and red-light cameras. With the court case now on appeal, he thought he’d “try to get a look at emails” mentioning his effort, he said. “I asked for only the clerk’s emails from the last few months. How could it be simpler?”

From the city’s perspective, it wasn’t simple at all. In a Feb. 13 letter, Sagee told Houston that she deletes her email communications “shortly after I’ve read them.” And because the city “does not archive its emails,” an outside IT contractor would have to spend three hours per day to retrieve, segregate and redact 217 days’ worth of emails. 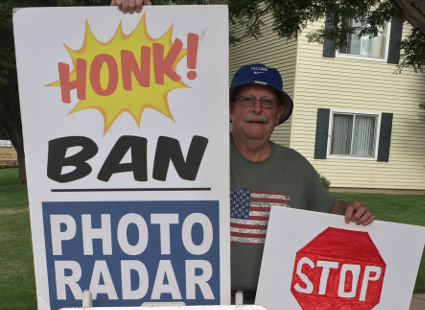 That’s 651 hours at $30 per hour after the first hour, which CORA says must be provided at no charge. Add another eight hours to establish a recovery domain, and the estimate totals $19,740.

Sheridan’s backup recovery system is designed for disasters, not email retention, said Pete Deichmann, whose company, ITProVision.NET, provides IT services to the city. Because Sagee regularly deletes her emails, Deichmann said he would need to first build the recovery domain and then restore the email database for each day going back seven months.

“We’d restore the database and then search the database, then restore the next day and search that – one day at a time all the way back to July,” he said. “It’s not impossible. It’s just very labor intensive. And you’ve got to have a skilled guy to do it.”

Sagee told the Colorado Freedom of Information Coalition that she typically keeps only those emails that pertain to CORA requests and “anything confidential’ for the city council or from the city attorney. She clears out nearly all of her electronic correspondence “as a normal thing,” she said.

CORA isn’t specific about what she should keep. A provision enacted in 1996 merely requires records custodians to “adopt a policy regarding the retention, archiving and destruction” of public records kept only in “miniaturized or digital form.” While the policy isn’t specified in the law, custodians are supposed to “take such measures as are necessary to assist the public in locating any specific public records sought … without unreasonable delay or unreasonable cost.”

Many municipalities, including Sheridan, have adopted the Colorado State Archives’ retention schedule for municipal records: Correspondence, including emails, should be kept permanently if they have “enduring long-term value” and two years if they have “routine value.” Email messages with “transitory value” don’t have to be retained after they’ve been read.

The archivist’s guidelines vest “considerable discretion in the government employee who sends or receives (emails) to determine how long they should be retained,” CFOIC President Steve Zansberg wrote in 2014.

George Orlowski, who recently retired as state archivist, put it bluntly in an interview last year with the CFOIC: Retention of government emails in Colorado is “really sort of an honor system thing. The senders and recipients of emails have to decide whether there’s something important that needs to be preserved.”

An email archiving system requires an investment on the part of governments, as well as a commitment to preserving electronic communications that might be deemed important public records.

Deichmann said it would cost Sheridan $3.50 per user per month to archive employee emails. “It’s not a ton of money,” he said, “but it’s a subscription and you’re paying for it every single month.”

Sheridan’s 2017 budget for IT support services is only $28,000, Sagee said, plus money for hardware and software.

The city should make email retention a priority, said Houston, who lives in Denver near the Sheridan border. Otherwise, “the only thing you can do if they decide to stonewall you is sue them. And they win unless I can pay $5,000 to an attorney to draft a lawsuit or if I find one to take it pro bono.

“That sets a very high bar for ordinary citizens to get involved in this process.”

CFOIC, other groups seek Colorado Supreme Court review of ruling that makes attorneys liable for statements made to news media

Court of Appeals case: What must government boards in Colorado tell the public about their private meetings?