Currently, as Rocky Mountain PBS reported last spring, it is illegal for the Colorado Department of Labor and Employment to disclose whether a company has cheated its workers. Under the state’s interpretation of a 100-year-old law, wage-theft complaints against employers must be kept from the public, even after an investigation is over and a citation has been issued.

HB 16-1347, which passed the House Judiciary Committee 11-0, would make citation and assessment information on wage-law violations available for inspection under the Colorado Open Records Act (CORA) after an employer has exhausted all appeals. 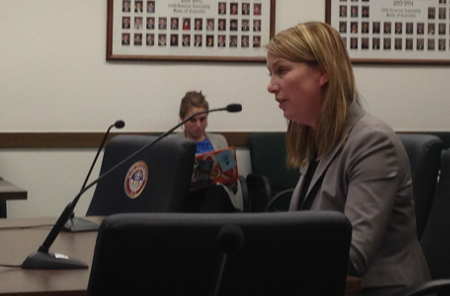 “Right now, you can’t even get the information that a wage-law violation has happened and why,” said Rep. Jessie Danielson, the Wheat Ridge Democrat who introduced the bill. She said it’s “kind of ridiculous” the public is not permitted to know which employers have been found in violation of state laws governing the payment of wages, overtime and reimbursed expenses.

Danielson said workers can’t find out whether their employer or a potential employer is a “bad actor.” Likewise, consumers have no information to help them decide whether to patronize businesses that have failed to pay fair wages or otherwise have defrauded employees.

“The real reason for this bill is to discourage companies from engaging in this kind of practice in the first place,” she told the committee.

The language in Danielson’s bill is the result of talks involving the state labor department, labor advocates and the Colorado Association of Commerce and Industry.

Before citation and assessment notices are made available for public release, employers would have 20 days to object if they believe the documents contain trade-secret information that should be kept confidential under CORA. The director of the Division of Labor then determines whether the record should be released.

The state labor department closed 7,215 wage-complaint investigations over the past two years, according to a fiscal note prepared by Legislative Council staff. In the past year, it made 78 determinations that an employer violated a wage law.