Government emails about the Flint water crisis stirred public outrage in Michigan when year-old messages showed the governor’s staff knew the danger of tap water contamination but took no action.

Here in Colorado, as the Colorado Freedom of Information Coalition reported last year, government email records more than a few months old may already be lost.

Listeners may have been startled when her first words were, “Email is actually not considered a record under our state archive statute.” 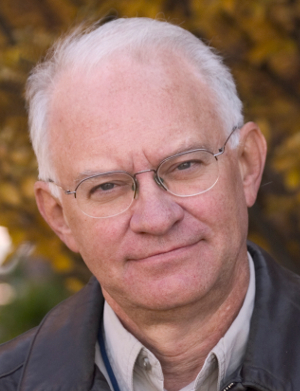 Melmed told us later that she was talking about the official record retention schedule for historic preservation with the State Archives. She said she also mentioned in the interview how the public could use the Colorado Open Records Act (CORA) to obtain email correspondence from government agencies, as happened in Michigan under that state’s public records law.

“Some emails may be disclosed in response to a well-crafted request under CORA,” Melmed said.

As for preserving emails, she said, “We certainly are not advocating or instructing state employees to immediately erase email or to avoid disclosure of something that should be a public record.”

Melmed said she agrees with State Archivist George Orlowski that emails may or may not be public records, depending upon the content. Whether emails are retained by governments in Colorado is “really sort of an honor system thing,” Orlowski told us. “The senders and recipients of emails have to decide whether there’s something important that needs to be preserved.”

But Orlowski said, as far as he knows, his office is receiving no government emails for storage. In fact, he said, the percentage of any state records received in digital formats is “ZERO.”

That’s because State Archives is not equipped or staffed to receive and store electronic documents. While it gets some digital records from municipalities and counties, those arrive in various formats.

“The digital records are terrifying,” Orlowski said. “The local offices scan the paper copies, keep a digital copy for themselves, and then turn over discs or flash drives to the Archives.” Records Manager Paul Levit said the office has accumulated so many, he is now trying to return some to the agencies that sent them.

Orlowski said the legislature tried to address the problem by creating the Legislative Digital Policy Advisory Committee. While legislation authorizing that committee sunsets this year, Orlowski hopes a permanent committee will be created to figure out long-term storage of email and other digital records. “That means standardizing formats such as PDF or TIFF and considering hardware needs,” he said, adding that 5,000 governmental entities in Colorado are regulated by policies for submitting material to the State Archives.

Shepherd is concerned about archiving state government emails within each agency.

As he wrote for CFOIC last March, executive branch agencies now use a Google application that doesn’t promote long-term storage without the additional purchase of a feature called Google Vault. Shepherd told CPR that only one state agency uses Google Vault, which would make it easier for administrators to retrieve old emails in response to an open records request.

“Does this mean if there’s a five-year-old piece of correspondence by email, it’s just going to be happenstance that it’s available?” CPR’s Warner asked Shepherd. He replied, “The chances that it would be available are less than one percent, in my opinion.”

Shepherd and Warner agreed that saving every email sent or received by government employees would be cumbersome and expensive. They discussed an alternative email policy called the “capstone approach,” which would preserve messages to and from department heads and other important state officials. CPR asked Melmed if that’s a good idea here in Colorado.

“We want everyone to be able to do their job effectively and to maintain transparency where it’s appropriate,” she said. “So, you know, if we saw a proposal for that kind of policy, we would look at it and try to make it work.”

John Fosholt is a retired investigative news producer for KUSA-TV in Denver.

Is FERPA a good excuse for withholding information about the Arapahoe High killer?