Do Coloradans need a mechanism, other than going to court, for challenging denials of open-records requests?

Two years ago, the Colorado Freedom of Information Coalition published a study showing that at least 26 states offer some kind of dispute-resolution process as an alternative to suing the government for improperly withholding public records. We asked whether the Colorado Open Records Act (CORA) should provide another way to appeal a rejection.

Now, a candidate for Colorado attorney general is trying to focus attention on the same issue by “crowdsourcing” a proposal on social media.

“We’re going to try to crowdsource draft legislation for an upgrade to #CORA,” 18th Judicial District Attorney George Brauchler wrote on Twitter earlier this month. “Take a look and let me know what thoughts you have on how to improve this.”

We're going to try to crowdsource draft legislation for an upgrade to #CORA. Take a look and let me know what thoughts you have on how to improve this. Spoiler alert: it is written in statutory terms. it won't read like @ReadyPlayerOne. #transparency #coleg pic.twitter.com/U99hb7wuQQ

Brauchler, the Republican nominee in this year’s AG’s race, told CFOIC that a news story about the Texas attorney general ruling against a public records denial got him thinking about CORA denials. What if the Colorado attorney general could provide journalists and the general public with a low-cost way to appeal open-records disputes?

Filing a lawsuit in district court – the only legal remedy in CORA – doesn’t provide much recourse in practice because of the cost, Brauchler said. “Whether it’s Westword or The Denver Post or Joe Q. Public, it’s really no recourse at all. It typically requires an attorney, and once you drive up the cost of that recourse, you’re really discouraging people from pursuing it. You make people evaluate how much they really want the information.”

Under the current system, some legal costs are recoverable if you prevail in court. But CORA lawsuits aren’t all that common, likely because of the upfront costs and the prospect of going up against a government attorney – perhaps even the attorney general’s office.

Brauchler said he isn’t wedded to any particular provision in the proposal he put on social media and sent around to some people via email. But the initial idea would allow anyone, for a $50 fee, to ask the attorney general to a review a government’s decision to deny inspection of records (or the requester could still file an application in district court).

Under his proposal, the original request for records would be posted on the attorney general’s website, along with the government’s reasons for denying inspection and any comments from the requester as to why the records should be disclosed. The general public also would have an opportunity to state in writing why the records should or should not be released. 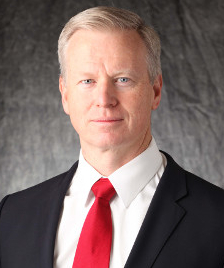 Because the attorney general represents state agencies and also is the custodian of some records, Brauchler would have local district attorneys review any denials that may involve a conflict of interest with the office. His proposal only covers CORA records, not law enforcement records whose disclosure is governed by the Colorado Criminal Justice Records Act.

Brauchler’s idea differs in some respects from the Texas system, which has been in place since the 1970s. To reject most public records requests, a governmental body in Texas must first “ask permission” from the Open Records Division of the state attorney general’s office, said Kelley Shannon, executive director of the Freedom of Information Foundation of Texas.

“There’s somebody calling balls and strikes,” Shannon said. “… It gives power to the people.”

But what happens, under both of the Texas system and Brauchler’s proposal, if an elected attorney general turns out to be less than friendly to the notion of open government?

Shannon said the Texas system works because the Open Records Division is walled off from the rest of the attorney general’s office and run by “knowledgeable career attorneys, not somebody who is just all of a sudden put in that position without any background or training. That safeguards it a bit … I haven’t seen any real evidence of political influence on their rulings.”

Brauchler said he received a few comments on Twitter and now may try to “get the ball rolling on the conversation” by asking the Secretary of State’s office to consider reviving the CORA Working Group, a stakeholders’ committee that included CFOIC as well as journalists, lawyers, citizen watchdogs, lawmakers and representatives from various state agencies, public universities and local governments. The group helped develop successful 2017 legislation on access to digital public records.

The DA said he didn’t propose the CORA appeal as an AG candidate and will pursue it whether or not he wins in November. Still, in the interest of fairness and out of curiosity, CFOIC asked the campaign of Brauchler’s opponent, Democrat Phil Weiser, if he wished to comment on the idea.

“It is critical that Colorado develop effective models of improving transparency and building more confidence in government,” Weiser said in an emailed statement. “As our next attorney general, I look forward to evaluating all proposals that would improve the operations of our open records act.”

Withheld records about Denver housing advisory committee do not reveal ‘give and take’ and must be disclosed, judge rules