Because of numerous stories in the media, the general public is more aware than ever that emails give journalists, historians and citizens a critical window into the operations of government. However, as our friends at the Sunlight Foundation recently wrote, “Our legally-protected access to public email records – the most voluminous source of official written records – is failing.”

In late 2012, most state agencies migrated to a Google-operated email system to take advantage of a host of Google applications. Those of you who use the consumer version of Gmail know that this service provides a user with so much storage capacity, there’s really no need to ever permanently delete an email. Personally, I have thousands of archived emails dating back more than eight years and seldom delete an email because it’s just not necessary. 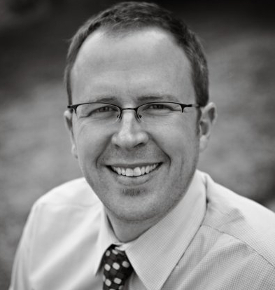 Unfortunately, and somewhat ironically, the state agencies now using Google mail have extremely limited retention capacities. Suppose, for instance, a bill dealing with transportation at the General Assembly is introduced in January, but doesn’t become a hot topic until mid-April. If you wanted to request CDOT emails under the Colorado Open Records Act dating back to January, those emails would be already lost to the ether if they had been moved to the user’s trash bin.

To better understand email retention by state government, the Colorado Freedom of Information Coalition sent a survey to all state agencies under the executive branch – agencies such as CDOT and the Department of Human Services (non-executive branch agencies such as the Treasurer and Secretary of State have not migrated to Google mail). The surveys were consolidated, and the governor’s Office of Information Technology provided answers.

What we found
Under the new system, the primary application that allows for long-term (i.e. longer than 30 days) retention of emails is Google Vault. As the state converted to Google mail, only one agency – the Department of Corrections (DOC) – opted to purchase the fully featured version of Google Vault. Furthermore, it appears that DOC did so, not for email retention purposes, but for a feature that automatically purges emails after 90 days, regardless of circumstances.

State law doesn’t specify a retention time period for emails; it merely requires that state agencies maintain a records management program, which vary according to agency. With no uniform state policy on mandatory retention, an employee could immediately wipe out an electronic “paper trail” – by deleting an email from the trash bin – and that email is not recoverable even by supervisors.

This is the key takeaway. Because, as noted above, email has become the most voluminous source of official records and actions of a government, archiving those documents on a rolling 30-day basis is not enough.

An email that is deleted once from the inbox and deleted a second time from the trash bin is now permanently lost – unrecoverable – without Google Vault. This is an unacceptable circumstance. Google Vault allows the recovery of emails that have been “double deleted,” which provides more transparency and accountability to open records requests. However, as we have established, most agencies do not have Google Vault as a companion to Google mail.

There is a price tag, of course. When the state began to roll out Google mail for employees in 2012, the cost for Vault was $30 per email account per year. That price was negotiated down 90 percent to a meager $3 per account for this year as a way to make it available to the entire state domain. The price will increase again to $30 per user in 2016. But even if state government can’t negotiate a lower price, it should consider buying licenses for senior-level officials – an approach to managing email records being implemented at the federal level.

Conclusion
The declaration of the Colorado Criminal Justice Records Act says, “The general assembly hereby finds and declares that the maintenance, access and dissemination, completeness, accuracy, and sealing of criminal justice records are matters of statewide concern…”

We agree and believe those words should apply equally to the Colorado Open Records Act. While tackling the issue of email retention at every level of government in Colorado is a Herculean task, the state should lead the way by providing a model.

To provide the highest levels of transparency and accountability, Colorado should begin to ensure adequate email retention for the majority of state-government employees using Google Apps for Government. As technology advances and prices drop, this transparency and accountability can be purchased with fiscal prudence that respects the taxpayer’s wallet.

Todd Shepherd is an investigative reporter for the Independence Institute (a CFOIC member organization) and editor of The Complete Colorado.)