The names of children who are victims of serious crimes should be deleted from criminal justice records before those records are released to the public, a panel of state lawmakers decided Wednesday.

SB 16-110 cleared the Senate Judiciary Committee on a 5-0 vote and was placed on the Senate’s consent calendar, which is reserved for non-controversial measures. 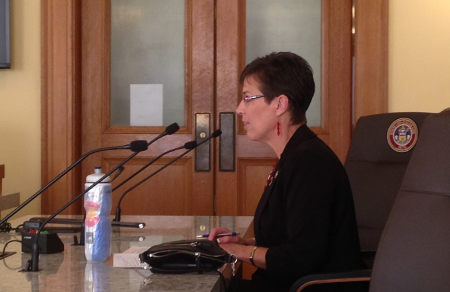 “Victims who are children are further victimized when their name is made public, when their neighbors, their friends at school, their community find out about whatever has happened to them,” said Sen. Laura Woods, R-Arvada, the bill’s sponsor. “Children tend to be very sensitive about their reputations.”

The Colorado Criminal Justice Records Act already requires the deletion of sexual assault victims’ names prior to the release of those records. Child abuse records are confidential under a separate statute.

The names of other child victims may still appear in criminal justice records, although such names typically are not reported in the news media. The Society of Professional Journalists’ code of ethics says that journalists should “use heightened sensitivity when dealing with juveniles, victims of sex crimes, and sources or subjects who are inexperienced or unable to give consent.”

SB 16-110 covers some of the most serious crimes against children. Among them: Internet sexual exploitation of a child, enticement of a child, Internet luring of a child, soliciting for child prostitution and human trafficking of a minor for involuntary servitude.

In addition to deleting the names, a criminal justice agency would be required to write “CHILD VICTIM” on any record of official action that involves a child victim.

“Everybody is surprised that the law currently does not protect children who are victims of very serious offenses from having their identities publicly disclosed,” said Deputy Attorney General Melody Mirbaba. She said the legislature never clearly stated this in the statutes, although it’s mentioned in the legislative declarations of some laws.