Immediately after a bill to modernize the Colorado Open Records Act (CORA) died in a Senate committee last session, the deputy for Secretary of State Wayne Williams offered to bring stakeholders together to work on a 2017 proposal agreeable to both government entities and records requesters.

That effort, dubbed the CORA Working Group, is well underway this summer and has focused on three main topics: 1) ensuring that public records maintained in database formats are available to the public in similar, machine-readable formats; 2) exploring the feasibility of an open-data law to encourage the online posting of government datasets; and 3) developing a process for resolving open-records disputes that doesn’t involve litigation.

The Colorado Freedom of Information Coalition has a seat at the table for both the CORA Working Group and a supporting “technical” subcommittee, also hosted by the Secretary of State’s office. Both groups include journalists, lawyers, citizen activists and representatives from state agencies, public universities and local governments. 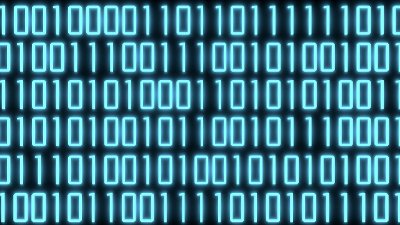 Kefalas and Pabon were the sponsors of SB 16-037, last session’s unsuccessful attempt to update CORA for the 21st century by requiring that Colorado governments provide digitally stored data “in a machine-readable standard format routinely used by the official custodian.”

Critics of SB 16-037, such as Colorado Municipal League general counsel Geoff Wilson, acknowledged that the bill addressed “an important topic” but said the proposed solution was “not ready for prime time.”

Draft language under consideration for next session is intended to clarify cost-recovery issues for government entities, the protection of confidential information and what will – and won’t – be required of records custodians when they get requests for records kept in databases and spreadsheets.

Too often, database records are released to journalists and members of the public in formats (paper or PDFs) that make analysis difficult. Sometimes, governments withhold entire datasets that contain confidential fields of information, such as Social Security numbers. Instead of redacting the private portions and releasing the rest, some records custodians say they are not required by law to “create a new record.”

Part of the 2017 proposal may be modeled on Virginia’s open-records law, which clarifies that “the excision of exempt fields of information from a database … shall not be deemed the creation, preparation or compilation of a new public record.”

If CORA is amended to include such language, government entities want assurances they won’t be burdened with extra costs or required to make copies of databases if they aren’t technologically able to do so.

Governments that make machine-readable datasets available for download online don’t have to process CORA requests for those records. The CORA Working Group has discussed a possible open data-law for Colorado, although such a proposal may not be ready for the coming legislative session.

One possible initial step: Getting government entities to inventory their datasets and publish catalogues of public information that is stored electronically.

Members of the CORA Working Group also are looking at alternatives to litigation for resolving open-records disputes. As the CFOIC pointed out recently, going to court is the only legal remedy afforded records requesters who believe that a government entity has violated CORA.

According to research conducted for the CFOIC, more than half the states offer mediation, an ombudsman or some other alternative dispute-resolution process for freedom-of-information issues.