For an ongoing series on race in Colorado, Rocky Mountain PBS investigative reporter Katie Wilcox requested five years of records from six cities on when police stop people for suspicious behavior and other reasons.

Grand Junction provided information from its field interviews at no charge. Pueblo billed Wilcox $20, Colorado Springs asked for $88 and Fort Collins quoted her $60. Denver doesn’t keep the data by race.

Aurora’s price? $290.85. And that’s for 1,151 printed pages from a database. Not an Excel spreadsheet like Wilcox received from other cities. If she wants to inspect all 22,309 reports, she’ll have to pay the city $111,510.40 to cover the cost of copies and the redaction of any confidential information. 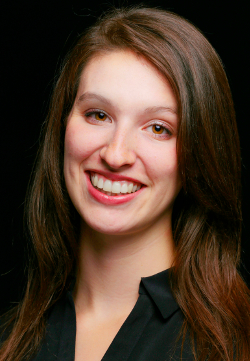 “Getting 1,100 pieces of paper is not going to make this job easy at all,” Wilcox said.

Having the information in a database format, which is how the records are kept and maintained by the city of Aurora, would allow Wilcox to quickly look for patterns and formulate important questions to ask of Aurora law enforcement officials.

“Even though we think there might be some sort of racial trend, I can’t show that in a meaningful way until I’m able to look at the original data,” she said. “And that’s very easy to do if I can click ‘sort by’ in an Excel spreadsheet. It’s very challenging to do if you give me 1,100 pages of documents.”

Aurora’s response to Wilcox’s records request illustrates a common problem facing journalists and anyone else in Colorado who wishes to analyze public records kept in spreadsheets or databases. Too often, they get PDFs or stacks of paper instead. This makes analysis difficult or sometimes impossible.

Recreating a database from thousands of sheets of paper not only is time-consuming and expensive, but the information might be corrupted in the process.

Aurora could easily email a spreadsheet to Wilcox. But the city’s “standard practice,” records supervisor Lisa Horton told the reporter in an email, “is to produce responses in a hard copy format and there is no reason to deviate from that practice for your request.”

Aurora charges $5.60 for the first 10 pages (56 cents a page), then 25 cents per page thereafter, even though Colorado’s Criminal Justice Records Act says that “criminal justice agencies may charge a fee not to exceed twenty-five cents per standard page for a copy of a criminal justice record.”

“We do not give out digital files that can be manipulated or presented in a different way than how we give them,” said Kim Stuart, Aurora’s director of communications. “We have a practice of giving things out in a uniform fashion…Our goal is to try to make sure that (the information) we give out is accurate and stays accurate.”

For 25 years, NICAR has assisted and trained U.S. and international journalists, such as Wilcox, who regularly obtain and analyze public information for news stories. With data journalism skills, reporters can be more precise in their reporting by making sense of thousands, or even millions, of public records kept in database formats.

More than a few Pulitzer Prize-winning stories involved the use of spreadsheets and database managers to reveal hidden truths.

But Aurora City Attorney Mike Hyman said his municipality “can’t risk the data getting manipulated, whether intentionally or unintentionally.”

Although Wilcox requested criminal justice records, Aurora’s policy also extends to records subject to the Colorado Open Records Act (CORA). The city, the policy says, will provide “responsive information in a reasonably accessible form which does not alter the content of the information. The standard practice is to provide hard copies. In certain instances, at the discretion of the official records custodian, electronic copies may be provided. However, electronic copies will only be provided in PDF format.”

SB 16-037, introduced by Sen. John Kefalas, D-Fort Collins, would have stopped this practice by requiring that public records kept in database formats be available to the public in similar formats. The bill died on a 3-2 vote in a Senate committee earlier this session, but a stakeholders’ group plans to work on a compromise this summer.

Note: Rocky Mountain PBS is a member of the Colorado Freedom of Information Coalition.

Is the public entitled to know how school bus drivers are disciplined?