Litigate or give up.

Those are your legal options in Colorado if a government entity improperly withholds public records, charges you out-of-line fees for inspection or drags its feet on a records request. The same is true if you suspect that a public body violated the Open Meetings Law.

State agencies and local governments have the upper hand in freedom-of-information (FOI) disputes because most people – and many news organizations these days – are reluctant to sue, even though some legal costs are recoverable if you prevail in a lawsuit. Citizens who consider handling their own lawsuits are justifiably intimated by the prospect of going up against city attorneys, school district attorneys or the Colorado Attorney General’s Office. 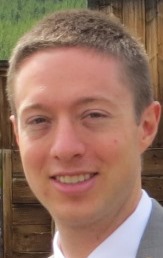 In many other states, however, litigation is not the only way to challenge FOI denials. At least 26 states offer some sort of dispute-resolution process as an alternative to suing the government when violations are alleged. Ohio’s Senate Bill 321, signed by Gov. John Kasich in June, is the newest.

Beginning this fall, Ohioans will have an inexpensive and relatively quick way of resolving public records disputes – without getting lawyers involved. For a $25 filing fee, a special master of the Ohio Court of Claims will attempt mediation. If that doesn’t work, the court will issue a binding ruling or, in a case involving new legal questions, refer the matter to regular litigation.

“This bill is intended to facilitate faster, easier and less expensive access to government for taxpayers,” said Ohio Senate President Keith Faber, a Republican, when he introduced the bipartisan measure in April. “It’s about keeping government open, accountable and accessible to our citizens.”

Should the Centennial State emulate the Buckeye State? Should Colorado adopt another state’s alternative dispute resolution (ADR) process or, perhaps, develop its own?

To encourage a public conversation on this topic, the Colorado Freedom of Information Coalition engaged Matthew Aeschbacher (University of Denver, Sturm College of Law, 2015) to research ADR processes in other states.

In states without ADR procedures, “the cost and delay of dealing with the court system frustrates meaningful access to information,” Aeschbacher wrote. States that offer mediation or another method of dispute resolution, he concluded, “increase the effectiveness of their sunshine laws by holding violators accountable.” ADR processes also can save tax dollars that otherwise might have been spent on legal costs.

Aeschbacher examined freedom-of-information ADR processes in 25 states (Ohio’s law was too new to include). He found that effective processes have certain elements in common: independence, neutrality, enforcement capabilities and a progressive approach that applies “a sliding scale of dispute resolution methods to different types of FOI disputes.”

One of the most powerful FOI agencies is the Connecticut Freedom of Information Commission, which hears complaints from people who have been denied access to government records and proceedings. The commission can order the disclosure of public records and nullify decisions made during illegal meetings, but most cases are resolved through mediation.

Recent budget cuts, however, have lengthened the time required to resolve disputes. This prompted the Center for Public Integrity to lower Connecticut’s previously high mark for public access to information in its latest State Integrity report.

Iowa ranked first for public access to information in the 2015 State Integrity report, largely due to the creation in 2012 of the Iowa Public Information Board. Attorneys for the board settle most public records disputes informally, usually within 24 hours. Cases that can’t be resolved informally go to the board’s presiding officer or an administrative law judge. 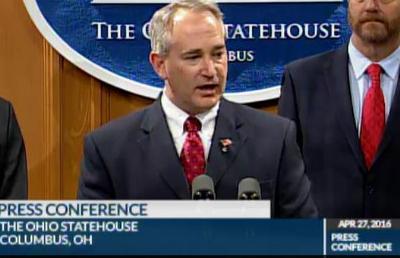 The Iowa board has subpoena power and can require compliance with the state’s Freedom of Information Act; its orders are subject to judicial review.

The new ADR process in Ohio is expected to cost $650,000 annually. Dennis Hetzel, executive director of the Ohio Newspaper Association, told the CFOIC he still has questions about how the process will work in practice but expects it to be an improvement over the current system.

“My hope is that it’s going to be a simple, low-cost solution for fairly and quickly resolving a lot of open-records disputes,” Hetzel said. “I think it will eliminate some of the more egregious stonewalling that goes on.”

Russell Weisfield, who sued the Arvada City Council in 2014, is one Coloradan who would like to see an FOI dispute-resolution system put in place here for both open-meetings and Colorado Open Records Act (CORA) complaints. His lawsuit accused council members of violating a state Open Meetings Law provision, added in 2012, that prohibits public bodies from voting in secret to adopt policies or take “formal action.”

Weisfield and Arvada settled the suit last December because the case was taking a long time to resolve and legal costs were piling up.

“It is very difficult for private citizens to force adherence to the law,” Weisfield wrote in an email to the CFOIC. “Many governments can balk at the law or threats from the public to sue since few will carry through on such threats. Even if someone does sue … the financial costs can be large.”

“Having a place where someone can turn to file a complaint and have it investigated and possibly resolved would be a benefit to the public,” he added.

Judge: State law protects privacy of those who ask for library books to be banned or reclassified