House Bill 18-1152, introduced earlier this week, is the Roxborough Park Republican’s third consecutive attempt to cover the judiciary under CORA. That doesn’t include her 2015 proposal to make the state public defender’s office comply with the public records law. 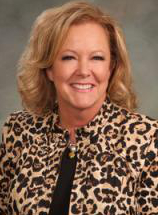 “I just think that co-equal branches of government should be held to the same standards as much as possible,” Lawrence told the Colorado Freedom of Information Coalition. It makes people “uncomfortable,” she said, to hear that the judiciary is not bound by the same public records law as Colorado’s legislative and executive branches.

“The people who pay for everything – the citizens of Colorado – should have access to more information about their government rather than less,” Lawrence said.

The state’s judicial branch is exempt from CORA because of two Colorado court rulings, most recently Gleason v. Judicial Watch in 2012. The Colorado Court of Appeals in that case appeared to leave it to the legislature to define the judiciary as a state agency for open records purposes.

But Lawrence’s efforts to make that happen have been stymied in the Democratic-controlled House. While she and other Republicans contend that it’s the legislature’s role to write rules of access to public records, many Democrats are firm in their position that the Colorado Constitution gives the Colorado Supreme Court the authority to make “rules and regulations” for the courts.

The Supreme Court did so in 2015, enacting its own rules of access to the judicial branch’s administrative records. The rules track CORA in many respects but place restrictions on public access for certain types of records such as those concerning internal investigations of judicial branch employees.

Lawrence said she thought again about reintroducing a judicial branch CORA bill after finding out that Colorado had paid $55,000 to settle claims made by two women who alleged sexual harassment within the judicial branch. The Denver Post also reported that two judges had resigned rather than face discipline for alleged misconduct.

Judicial branch officials “declined to offer any information about the employee resignations or the payouts, citing laws that protect them from being made public,” The Post reported, noting that the judiciary is exempt from CORA.

HB 18-1152 is written more directly than previous versions of Lawrence’s bill. It says only that the definition of “public records” includes the administrative and budget records of the judicial department of state government.

Lawrence said she hopes the simple wording gives her bill a better chance of passing this year. However, it’s been sent to the House State, Veterans and Military Affairs Committee, which killed the 2017 and 2016 versions on party-line votes.

If she’s not successful this session, Lawrence’s third attempt to make the judicial branch subject to the open records law is likely her last. She is running for state treasurer this November.

“We’ll see if anybody else takes up the transparency in government, tilting at windmills job,” Lawrence said.