The public can inspect voted ballots in Colorado. So says a state Court of Appeals decision in 2011 and state legislation enacted the following year.

But some counties are making it prohibitively expensive for at least one election watchdog to obtain the records he says are needed to independently audit the accuracy of voting systems.

Election integrity activist Harvie Branscomb made Colorado Open Records Act (CORA) requests of eight counties for ballot records from the Nov. 3 election. As indicated by email threads posted on his blog, Douglas County wanted an upfront deposit of $4,000 to examine about 88,000 ballot scans for marks that could identify individual voters and then redact any such marks from the copies.

Mesa County quoted Branscomb $1,500 to similarly process about 29,000 ballot scans before releasing them, and Garfield County wanted $990 for about 11,000 scans. Jefferson County asked for advance payment of $12,475 to review and redact about 185,000 ballot scans. 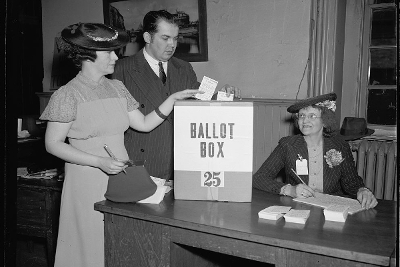 Branscomb has since limited the scope of most of his requests but is disappointed that obtaining the records required for a thorough analysis would cost him many thousands of dollars. His audits, he says, will help ensure that voting systems piloted in the 2015 election accurately tabulated ballots cast by voters.

“If the counties realized the positive benefit that would come from this, they would build (ballot review and redaction) into their process and budget so it wouldn’t cost so much,” Branscomb told the Colorado Freedom of Information Coalition.

A few counties are doing just that. Adams County quoted Branscomb a price of “near zero” to review and redact 73,103 ballot scans from the Nov. 3 election.

“We feel that producing all of these ballot images after an election is an inherent cost of doing business,” said Adams County Clerk & Recorder Stan Martin. If the public’s cost to obtain the images is prohibitive, he added, “what you’re basically telling someone is that you’re not going to release those records.”

Martin said the county’s elections system vendor, Clear Ballot, makes it relatively easy to rapidly review high-resolution images for identifiable markings that must be removed – such as a person’s initials or signature – before voted ballots can be released to the public. He and his staff can examine as many as four ballots every second.

By contrast, Douglas County told Branscomb it could take an average of five seconds to examine each ballot, although Clerk & Recorder Merlin Klotz called that estimate a “shot in the dark” because the Hart InterCivic system he uses is not designed to accommodate requests such as Branscomb’s. The system was built, he said, to produce accurate election results “and we’re not required to change our process to match a CORA request.”

Klotz used the analogy of someone building a car and then being asked to make it a race car. The public, he said, shouldn’t bear the cost of modifications.

“The parts of (Branscomb’s) request that we can provide by a straight computer dump, we’ll give him … But there’s no reason for the public to pay for his private objectives.”

Branscomb would have preferred that HB 12-1036, which set rules for the public inspection of voted ballots, require all counties to do what Adams County does. Instead, the statute gives local election officials discretion to “determine the manner in which such ballots may be viewed by the public” and it adds that “Insofar as such ballots are not able to be duplicated without identifying elector information, they are not available for public inspection.”

HB 12-1036 also gave election officials authority to charge requesters “actual costs” of making ballots available. A CORA fees bill enacted in 2014 caps those charges at $30 per hour with the first hour free. Jefferson County estimated it would take about 500 hours at $25 per hour to prepare ballots for Branscomb to review.

Martin said he’s asked his vendor, Clear Ballot, to modify its system so that Adams County can simultaneously examine 10,000 ballot images. He’s hopeful the changes will be ready for the 2016 election.

“If they can get this tool up and running for next year, I can go through 150,000 ballots and within five minutes have every single identifiable mark redacted,” Martin said. “It’s incredible technology that will give us as clerks the tools to be more transparent.”

Clear Ballot’s voting system is one of four being considered by Colorado Secretary of State Wayne Williams for use statewide. Lynn Bartels, communications director for Williams’ office, said the systems are being evaluated based on several factors, “including costs to the taxpayers, ease of the system, transparency, etc.”