Now that Senate Bill 17-040 is in effect, ensuring your right under the Colorado Open Records Act to obtain digital public records in useful file formats, the state senator who introduced the legislation is considering an open data bill as the next logical step.

Sen. John Kefalas said he would like to encourage state agencies and local governments to do more of what some already do in varying degrees – post government datasets online so the public can download them anytime, no CORA request required.

“How can we further incentivize this kind of behavior on the part of records custodians so that it’s the norm when it’s practical to do that?” the Fort Collins Democrat said in an interview with the Colorado Freedom of Information Coalition. “I don’t know what the bill would look like yet. I’d like to see what other states have done.”

Open data, according to the Washington, D.C.-based Sunlight Foundation, are “data made publicly available for anyone to access and use without making a format request to the government,” typically without cost or restrictions and in machine-readable formats that allow for a broad range of uses. Easy access to digital information about government promotes transparency and civic participation, advocates say.

Cities have led the way on open data policies, with San Francisco and New York City having passed two of the nation’s most robust ordinances, said Alex Howard, the Sunlight Foundation’s deputy director. In Colorado, the Fort Collins City Council recently adopted a comprehensive policy stating that public data “will be made open and freely available to all online in a machine-readable, open format.” Several local governments in Colorado publish open data catalogs using a platform developed by a nonprofit, OpenColorado.org. 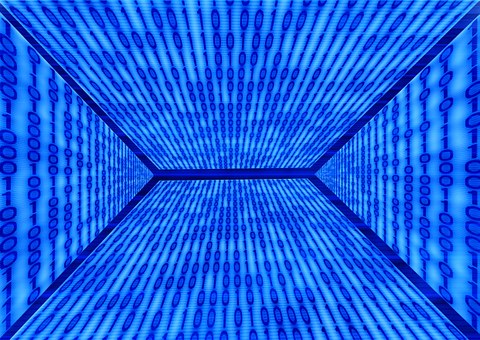 Progress has been slower among the states, according to information collected by the National Conference of State Legislatures. Some states are studying the feasibility of open data policies, and some have laws on the posting of certain categories of data. Only a handful, including New Jersey earlier this year, have enacted legislation to broadly regulate how state agencies publish government records on the web.

Like Colorado, New Jersey already maintained an open data portal for state agencies to voluntarily post datasets and share links to data from their websites. The new law requires a universal website for one-stop data shopping, and it empowers the state’s chief data officer to establish and enforce standards for sharing government data “in a non-proprietary, machine-readable format.”

Under the New Jersey bill, state agencies also are supposed to create and post inventories of their open data and datasets. But it’s not yet clear how successful the law will be in encouraging the posting of additional data; it doesn’t require agencies to publish particular datasets “upon the demand of the public.”

Colorado’s open data portal, the Colorado Information Marketplace, has nearly 300 datasets as well as maps, charts, documents and links to other government data. Recent additions include a series of maps from the Colorado Geological Survey and a digital map of municipal boundaries for the Denver area. The most-viewed dataset shows business entities in Colorado.

Jon Gottsegen, the state’s chief data officer, said the Colorado Information Marketplace should ideally be the website “where people can find out whether Colorado has data on – you name the topic,” without having to know anything about how state government is structured. “If you want a dataset on inspections of underground storage tanks, you shouldn’t have to know that agency is located within the Department of Labor and Employment.”

Lacking a state law or a governor’s executive order on open data, Gottsegen’s office works to convince state agency officials of the benefits of posting their digital information – and that it usually doesn’t involve as much work as they may think.

The Business Intelligence Center in the Colorado Secretary of State’s Office also helps state agencies publish data on the Colorado Information Marketplace. The legislature in 2016 formalized the program, which includes the popular Go Code Colorado competition for creating business-related apps with public data.

Both Gottsegen and Andrew Cole, who manages Go Code Colorado, said they would welcome some kind of official push to encourage a more systematic approach to open data in Colorado.

One place to start might be with data previously requested under CORA, especially if doing so saves government the cost of providing the same datasets again and again. But even that idea, Gottsegen said, has been met with resistance among some state officials who have “an old way of thinking about these things … Some might say, if you put that data out there, people will make requests for additional data. But I would think that happens anyway.”

Cole hears objections as well. “Some folks would do it if they had the resources,” he said. “Some want the cover – once they’re told they have to do it, they’ll be happy to. Others don’t want to make their data public. They’re nervous about the quality of their data or they’re nervous about what people are going to do with it.”

A commitment of resources is key to making an open data program work, Howard said. “These things don’t just magically occur on their own. There has to be both a budget and people associated with it. The budget can be pretty small if it’s in concert with other programs that have an existing mission to collect, secure and store public information.”

Data on the Colorado Information Marketplace tend to fall into three general categories: 1) data that are easy to post but may or may not be useful to the public; 2) data that agencies want the public to use, such as the Department of Regulatory Agency’s database of professional and occupational licenses or the State Demography Office’s databases; and 3) what Gottsegen calls “higher-quality” data that developers can use to build apps for businesses and the public, as they do during Go Code Colorado’s annual competition.

Gottsegen said Go Code Colorado has encouraged state agencies to post more high-quality data. And every year, Cole said, the program demonstrates the benefit of making government data public: “Smart, creative people will do things with it that we in government never thought of.”

One of this year’s winning teams created a platform for finding sources of water and environmental data that affect land values. Another found a way to perform noise analyses for residential developments.

“People will come up with creative ideas, but those ideas will only be as good as the data,” Cole said. “They’ll always need more and better data.”