Colorado lawmakers will consider at least four measures to expand public access to information during the legislature’s 2016 session, which convenes on Wednesday of next week.

Database records. The biggest-impact proposal is meant to ensure that public records maintained in spreadsheets and databases are made available to requesters in similar file formats that can be searched and analyzed.

As we’ve written recently, governments and government agencies in Colorado sometimes provide data only in PDF format or as printouts, frustrating users who wish to analyze a large number of records. Sometimes governments withhold database records from the public if the data include confidential information, such as Social Security numbers.

The bill, to be introduced by Sen. John Kefalas, D-Fort Collins, and Rep. Dan Pabon, D-Denver, would require the disclosure of digitally stored public records after any confidential information is removed from a dataset.

“We have a responsibility to make sure that the public has access to public records,” Kefalas said at a recent meeting. “This is about making government as open and as transparent as possible.”

Nonprofit records. Sen. Irene Aguilar, D-Denver, plans a bill that would open the records of Colorado nonprofits serving people with developmental and intellectual disabilities – if those agencies receive a large percentage of their funds from public sources.

Last month, Denver City Auditor Tim O’Brien called RMHS’ treatment of public dollars “shameful” in an audit that found questionable spending practices by the nonprofit, such as overcharging the city $650,000 for administrative expenses. Denver voters in 2003 approved a property tax increase for RMHS.

By requiring public disclosure of detailed CCB spending, “people could analyze the data and bring things to our attention that we may not know are happening,” said Aguilar, who has a daughter with developmental disabilities. “We can’t fix something if we don’t know there’s a problem.”

At a Dec. 31 news conference, family members and advocates for people with disabilities said they’ve been stonewalled trying to find out how Community Centered Boards spend tax money. “Open up those books and tear down the wall of silence, arrogance and malevolence,” said former state legislator Rob Hernandez, who is a host home provider.

Wage theft transparency. It is illegal, Rocky Mountain PBS reported last spring, for the Colorado Department of Labor and Employment to disclose the names of employers who have violated wage laws. You can’t find out, for instance, whether a potential employer has a history of cheating workers. 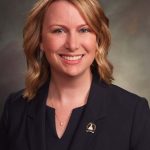 Current law says that labor-related information containing “trade secrets” must be kept confidential. The state interprets this to mean that wage-theft complaints against employers are confidential, even after an investigation has been completed. Rep. Jessie Danielson, D-Wheat Ridge, plans legislation making it clear the information must be disclosed.

“The intention of the bill is to change the existing statute so that when there has been a wage violation it is no longer hidden from the public,” Danielson said. “I don’t believe that when you steal from your employee or commit some other wage violation, that’s in any way interpreted as a trade secret.”

Most employers in Colorado treat their employees fairly, she added, “but if there are bad actors they shouldn’t be shielded.”

“All branches of government should be equally transparent to the citizens, with no branch held to a different standard,” Lawrence said.

Because of two state court decisions, the judicial branch’s administrative records aren’t covered by CORA, which dictates access to records of the legislature and governor’s office, as well as those of all other political subdivisions such as cities, counties and school districts.

The Colorado Supreme Court recently adopted new rules for accessing judicial branch administrative records. The rules follow CORA more closely than a previous proposal endorsed by the branch’s Public Access Committee. Still, certain provisions treat the administrative records of the judicial branch differently than the records of the other two branches of state government and all local governments in Colorado.

In particular, internal investigative files on judicial branch employees are not available for public inspection under the rules, except for the outcome of an investigation. Internal affairs files on the conduct of all other public employees in Colorado are presumed to be open for public inspection, except for portions that contain highly personal or private information unrelated to work performance.

“If nothing else, they need to be codified,” Lawrence said of the rules adopted by the Supreme Court.