A wage-theft transparency measure that died in the Colorado legislature last year passed unanimously Thursday in the House Judiciary Committee.

The amended version of HB 17-1021 is identical to a proposal that earned bipartisan House support in 2016 but was killed in a Senate committee. The bill allows the Colorado Department of Labor and Employment to disclose whether an employer has cheated its workers.

Currently, under the state’s interpretation of a century-old statute, wage-law violations committed by Colorado companies must be kept from the public, even after an investigation is over and a citation has been issued. 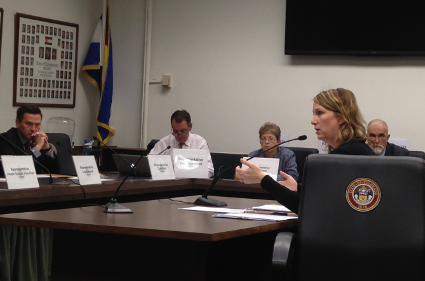 “If an employer violates wage law, that’s considered to be a trade secret,” said Rep. Jessie Danielson, the Wheat Ridge Democrat who introduced HB 17-1021 and sponsored last year’s effort. “The public can’t scrutinize this at all … As a result, these bad actors are shielded and less likely to stop cheating their employees.”

The current statute specifies that information related to wage-law violations “may” be treated as a confidential “trade secret.” A state employee who divulges confidential information can be fined up to $1,000 and lose his or her job.

The state only recently started to track violations of laws governing the payment of wages, overtime and expenses. In 2016, the Colorado Division of Labor made a violation determination in 274 wage-claim cases, according to Colorado Legislative Council staff. The data show an increase in wage claims during the year.

The language approved by the judiciary committee is the result of talks involving Danielson, the state labor department, labor advocates and various business groups that are officially “neutral” on the bill.

As it heads to the House floor, the bill would make citation and assessment information on wage-law violations available for inspection under the Colorado Open Records Act (CORA) after an employer has exhausted all appeals.

But before information can be released, employers would have 20 days to object if they believe the documents actually do contain trade secrets that must kept confidential. The director of the Division of Labor then would determine whether the records, or any portion of them, should be withheld from the public.

“We don’t mean to expose companies accused of wage theft, only those that have gone through the process,” Danielson said. “It’s the end result, the final indication from the department that, yes indeed, the employer has violated the wage laws and any fines that go along with that.”

Patrick Teegarden, the labor department’s director of policy and legislation, said the compromise language provides “what we believe to be a common-sense application of open records requirements.”