An environmental and wildlife activist sued the Boulder County Commission this week, alleging a “persistent pattern” of improper closed-door meetings and repeated violations of the Colorado Open Records Act (CORA).

Kristin Bjornsen’s 22-page pro se complaint, filed in Boulder County District Court, centers on her efforts to get information about a proposed county comprehensive plan update that would affect land-use designations near the Twin Lakes in unincorporated Gunbarrel. Bjornsen is a board member of the Twin Lakes Action Group, whose stated mission is to “preserve the rural residential look and feel of our neighborhoods and the surrounding area.” 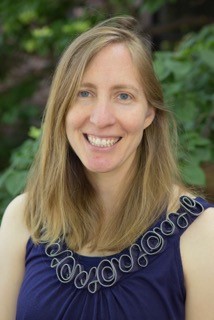 In addition, the lawsuit alleges that county officials withheld or redacted numerous public documents “without a statutory basis,” wrongly asserting that the documents were protected from disclosure under CORA’s work product and privilege exemptions.

“I felt like I could either surrender to this kind of opaqueness or fight for the light, which is what I decided to do,” Bjornsen told the Colorado Freedom of Information Coalition. “… I’m also trying to be an advocate for ethical government. I’ve been really disappointed in how (county officials) sometimes act like they’re above the rules.”

Barb Halpin, Boulder County’s public information officer, said the county hasn’t yet been served with the lawsuit so she couldn’t comment on it. In a January email exchange with Bjornsen, Assistant County Attorney Mark Doherty wrote that the county commission “follows the prescribed statutory process for holding executive sessions” and that “draft emails” requested by Bjornsen “are work product, and are thus exempt from production.”

Doherty also wrote that the Boulder commission strives “to do everything it can to allow citizens to participate in the legislative decision-making process to keep citizens fully informed on issues of public importance.”

Bjornsen said she has felt stymied in her efforts to gain information necessary to make “intelligent decisions about the best land use for the Twin Lakes.”

According to her lawsuit, she encountered “an exasperating pattern” by the county in response to her CORA requests. As one example, she details her request for commissioners’ emails regarding three parcels of land near the Twin Lakes. The county responded with a heavily redacted PDF of emails and a claim that much of the information could be withheld under CORA’s work product privilege.

But the county gave “no indication of why the emails meet the definition of work product,” Bjornsen’s complaint alleges “… To the contrary, many of the redacted email bodies appear to fall outside the work-product privilege, based on their subject lines, recipients, and date of transmission.” Additionally, she contends, “nothing indicates that the purpose of the emails was to assist elected officials in a decision or even that a decision was being made.”

One of the redacted emails involved a quorum of board members, the lawsuit says. “This creates an interesting situation,” it adds. “If the commissioners were discussing public business or pending legislation, these emails are subject to the (Open Meetings Law) and should be disclosed.”

It also asks for a hearing at which the county would show why the records requested by Bjornsen must be withheld.