Colorado’s open-records law is clear: A government employee’s personnel file is off limits to the public.

But which records, exactly, are part of that confidential file? News organizations battle governments and government-employee unions over this question all the time, even though rulings by the Colorado Court of Appeals provide rather clear guidance.

The personnel files issue will be back in court soon when two Cherry Creek school district unions try to block the release of school bus driver disciplinary records sought by 9NEWS. 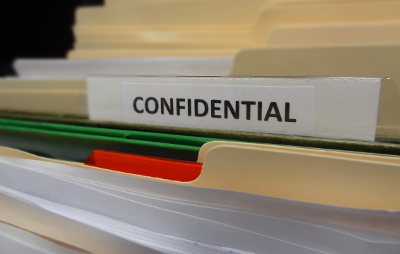 School district administrators initially refused to release the records, requested by reporter Kevin Vaughan as part of a wide-ranging investigation of crashes involving school buses in Colorado. They relented after attorney Steve Zansberg, president of the Colorado Freedom of Information Coalition, suggested they had “misread” the applicable law.

“The requested records constitute ‘personnel files’ and are therefore exempt from disclosure to anyone other than” the bus drivers themselves and their supervisors, the unions’ lawsuit claims. If the records are released to 9NEWS, the suit adds, the school district’s records custodian “would be violating her duty” and the bus drivers would be “irreparably injured.”

The unions also say the school bus drivers “have legitimate and reasonable expectations of privacy concerning the records.”

If the controversy in Cherry Creek sounds familiar, you might be recalling another recent personnel records flap in the Jefferson County school district. In September 2014, after teachers at four high schools collectively called in sick to protest school district policies, a parent requested some of the teachers’ names under the Colorado Open Records Act (CORA).

The Jeffco district twice rejected Kyle Walpole’s request, claiming the sick-leave records were personnel and medical information exempt from disclosure under CORA. The district reversed its decision following a letter from a CFOIC volunteer attorney, and the Jeffco teacher’s union sued after another parent requested the names of all the teachers who called in sick during those two days in fall 2014.

A district court judge ruled last year that records related to a teacher’s paid absence are not private “personnel files,” and the Colorado Court of Appeals upheld that decision in January. The Colorado Supreme Court hasn’t yet decided whether to hear the union’s appeal.

Both the Jeffco and Cherry Creek lawsuits hinge on CORA’s definition of “personnel files” that must be withheld from the public. The statute defines the term to mean “home addresses, telephone numbers, financial information, and other information maintained because of the employer-employee relationship.” It also lists what a confidential personnel file does not include, such as performance ratings, job applications, employment agreements and records related to “any compensation.”

The definition is open to interpretation by some governments, Zansberg said, because “the statute isn’t that transparent, even though the Court of Appeals has construed it consistently and we agree with their construction.”

The most relevant case, prior to the Jeffco school district ruling, was Daniels v. City of Commerce City, in which the Court of Appeals in 1999 interpreted a key phrase in the statute – “ information maintained because of the employer-employee relationship” – to mean information “of the same general nature as an employee’s home address and telephone number or personal financial information.”

The Colorado Municipal League, in an FAQ on personnel records requests, recognizes that the Daniels decision restricts the personnel exemption to “personal demographic information.”

That’s why many records custodians often release, upon request, documents that aren’t specifically listed in the statute as open for inspection, such as letters of resignation and internal affairs files on allegations of improper employee conduct.

In 2009, the Colorado Supreme Court ordered the El Paso County sheriff to release, in redacted form, an 1,100-page internal affairs file on a former deputy. The justices never suggested the document was part of the deputy’s personnel file or that he had any reasonable expectation of privacy regarding portions of the document that discussed his on-duty performance.

Unlike the federal Freedom of Information Act, CORA does not require governments in Colorado to balance a government employee’s personal privacy against the public’s interest in disclosure of particular personnel information. “There is no balancing” under CORA, Zansberg said. “If it fits within the definition (of personnel files), it cannot be disclosed.”

The Colorado Court of Appeals construes the personnel files definition narrowly. Unless the legislature changes it or the Colorado Supreme Court rules otherwise sometime in the future, Zansberg said, “that’s the law.”

What the Blue Book says about Proposition 104