Connie Sack was stunned when she received two invoices from the Keenesburg school district after asking to inspect records regarding her 16-year-old son, Logan.

“Four hundred dollars is basically the budget we have for his school clothes and supplies every year,” Sack said. “To pay that just to view his education records seems ridiculous.” 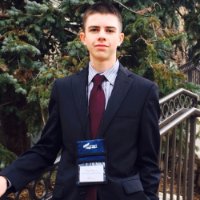 Sack made the request under the Family Rights Education and Privacy Act (FERPA). The federal law protects the privacy of students’ education records but also affords parents and students the right to access those records.

Under the law, schools must let parents and students inspect education records within 45 days of a request and “may not charge for search and retrieval of information from education records,” according to a statement provided by Dorie Turner Nolt, press secretary for the U.S. Department of Education.

A school is not obliged to provide copies unless “circumstances effectively prevent a parent from exercising his or her right to inspect and review education records,” such as if a parent lived far away from the school. But if copies are provided, the fee must not be “prohibitive.”

The invoices from Weld County School District Re-3J in Keenesburg break down like this: The first hour of research and retrieval was free but another 14.6 hours were billed at $30 per hour. The district charged 25 cents per page for 516 copies.

The charges are in line with those authorized in the Colorado Open Records Act (CORA). But Sack made the request under FERPA, not CORA.

CORA’s research-and-retrieval charges don’t apply because a parent’s entitlement to inspect the records arises under the federal statute, not the state statute, said Frank LoMonte, executive director of the Student Press Law Center in Washington, D.C.

“They definitely don’t get to do that,” he said. “…I would absolutely push back on that one.”

Meleia Monsey, executive area administrative specialist for the Keenesburg school district, acknowledged that FERPA allows parents to view their students’ education records at no charge. But she makes a distinction between records kept in a student’s cumulative file – such as report cards, transcripts, test scores and Individualized Education Programs – and other records such as emails that concern a student.

She said a parent is welcome anytime to view his or her child’s cumulative file at a school, but records such as emails must be reviewed and redacted to protect the privacy of other students who are named. “Those are not considered part of the student’s educational record,” Monsey said, and therefore are subject to research-and-retrieval charges outlined in a school district policy.

LoMonte disputes that interpretation. “Neither the FERPA statute nor regulation contemplates any fee for search, retrieval or redaction, and charging for those ‘services’ goes against the intent of FERPA to make those records freely available,” he wrote in an email to the Colorado Freedom of Information Coalition.

The U.S. Department of Education defines “education records” to mean records “directly related to a student” which are maintained by or for a school. What that means exactly never has been conclusively determined, according to LoMonte, but “it has generally been the position of schools that ‘directly related’ includes any record in which a student is named or identifiable.”

Sack said she used a nonprofit’s template to make a broad request under FERPA for Logan’s records, and the school district never gave her the opportunity to narrow the request to make it less expensive. “But now that I know there are 516 pages on my son, I need to see what’s in that file.”

Sack originally asked to inspect the records for several reasons, she said, which include helping Logan challenge a school committee’s decision to reject his application for National Honor Society admission. Logan, who recently finished his sophomore year at Weld Central High School, runs his own technology company and umpires baseball games.

“One thing he wants to do is send part of his educational records to the national level of NHS,” Sack said.

The CFOIC asked spokespersons for the Jefferson County, Denver and Cherry Creek school districts if they had charged parents to research, retrieve and redact student records. Each said they had not done so.