Records showing a public school teacher’s sick leave are not part of a teacher’s confidential personnel file and must be disclosed to the public, if requested, the Colorado Court of Appeals ruled Thursday. 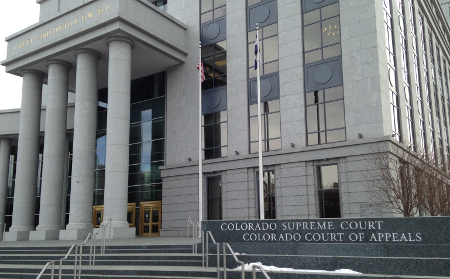 The Jefferson County Education Association (JCEA) has been trying for nearly a year to block the release of names of teachers at four high schools who called in sick over two days in September 2014. Some of the teachers said at the time they were protesting proposed changes to the district’s Advanced Placement U.S. history curriculum and a teacher compensation proposal from the board.

The names of teachers at one of the high schools previously were released to a parent. The Jeffco school district was preparing to give the rest of the names to a different parent when the union sued last February.

“We conclude that a record that documents a teacher’s request for sick leave is not part of the teacher’s personnel file,” the Court of Appeals’ ruling says. “CORA requires the custodian of such a record to disclose it upon request.”

The Court of Appeals disagreed, noting that “a teacher’s absence is directly related to the teacher’s job as a public employee. The fact of a teacher’s absence from the workplace is neither personal nor demographic; it is conspicuous to coworkers, to students, and to parents.”

The Court added that sick-leave records pertain to language in CORA that requires disclosure of “any compensation, including expense allowances and benefits, paid to employees by the state, its agencies, institutions, or political subdivisions.”

“The records in this case are a tangible part of the chain of events that leads to the adjustment of accrued benefits and payment of sick leave, an expenditure of public funds,” the Court wrote. The three-judge panel also stated that releasing the names would “not implicate the teachers’ privacy interests,” contrary to the JCEA’s claim.

CFOIC President Steve Zansberg, a media lawyer, said the Court of Appeals ruling should be helpful for the news media and public in myriad other contexts, notably gaining access to internal investigative files on alleged public employee misconduct.

Kathy Littlefield, the Golden parent who requested the teachers’ names, will have to wait awhile longer for the records she requested. The Court of Appeals ruling won’t take effect until after the JCEA exhausts its further rights of appeal.

Cloudy conditions for Sunshine Week: A pile of paper instead of a spreadsheet