The Colorado Independent Ethics Commission has substantially revised its proposed records access rules in response to criticism from news media associations, citizens and the Colorado Secretary of State’s office.

The new proposal, posted Thursday on the IEC’s website, fits on a single page. The previous version, announced in late December, was 10 pages long.

“It is very different from what was proposed,” said Dino Ioannides, the commission’s executive director. “It’s fair to say the commission modified the proposed rules as a result of the public comments that were received.”

Added to the state constitution when voters approved Amendment 41 in 2006, the IEC investigates allegations of ethical misconduct involving public officials. Originally housed in the Colorado Department of Personnel and Administration, it considered itself subject to the Colorado Open Records Act (CORA) until sometime after it moved to the judicial department in 2010. 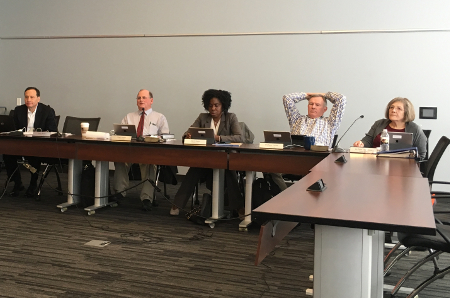 The ethics commission briefly discussed the proposed records rules during the public portion of its April 9 meeting.

Because CORA does not cover the judicial branch, the IEC determined that it could write its own records access rules. Critics, including the Colorado Press Association, the Colorado Broadcasters Association and Deputy Secretary of State Suzanne Staiert, questioned the IEC’s authority to exempt itself from CORA and asked why the rules had to be more restrictive than the state open records law.

For example, the original proposal allowed the records custodian to determine whether records would be provided to a requester “in print or electronic format.” That conflicts with a 2017 CORA amendment that entitles requesters to digital public records in “sortable” or “searchable” formats if the records are maintained that way.

The IEC’s revised proposal is much less detailed but still meant to “clarify for the public the Commission’s practices and procedures pertaining to open records.” Declaring that the IEC “is not a state agency,” it asserts the commission’s authority “to adopt a public records policy that deviates from CORA.”

However, the proposal now essentially mirrors CORA with three differences. One prohibits the commission from disclosing a draft or record of an investigation that has not been provided to the parties involved in the case, as well as “work product, including advisory or deliberative materials.”

Another allows the IEC to withhold records that might relate to a frivolous complaint or a complaint that has not yet been deemed non-frivolous. A third difference allows the IEC to raise any issue in defending against a petition for a court order permitting inspection of a record.

The commission is asking the public to submit written comments on the revised rules by May 3. The IEC is scheduled to consider the comments at its May 7 meeting.

Discipline reporting bill OK’d, despite concerns about access to data on school-to-prison pipeline