When Gov. John Hickenlooper signed Senate Bill 17-040 on Thursday, he ratified a long-overdue update to the Colorado Open Records Act, which hadn’t been modernized in more than 20 years.

The new CORA provision clarifies the public’s right to obtain digital public records in useful file formats that allow for searching or sorting. By making it easier to analyze government records, it will help Coloradans better understand how government works, how tax dollars are spent and how policies are made and implemented.

A separate CORA bill signed by Hickenlooper last month changes the open-records law in a subtler way. House Bill 17-1177 establishes what its primary sponsor called a “cooling-off period” when CORA disputes reach a point where litigation is being considered.

Here are some things to know about both measures, which go into effect Aug. 9:

No more printouts
If public records are kept in “sortable” formats, you’ll be entitled to copies in sortable formats. So if you ask for records kept in a spreadsheet, you should be able to get them in a comma-separated-values (CSV) file, or in some other file format that can be easily imported into a spreadsheet or a database manager. No more printouts from spreadsheets unless that’s what you want. 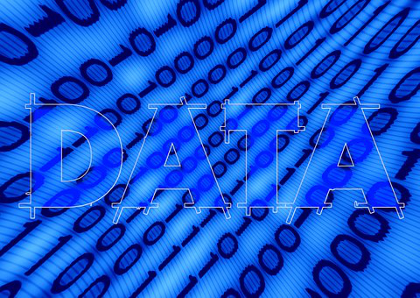 Likewise, if public records are kept in “searchable” formats – emails, for instance – you’ll be entitled to copies in searchable formats. You might get a searchable PDF instead of an image-only PDF or a printout.

Some jurisdictions, like the city of Aurora, will have to reexamine their CORA policies and practices. Aurora’s current policy says: “The City will choose the format in which to provide the public documents, and will provide the responsive information in a reasonably accessible form which does not alter the content of the information. The standard practice is to provide hard copies.”

Duty to redact
Altering a public record to remove information that can’t be disclosed under CORA will not constitute the creation of a new record. This language is intended to ensure that public records aren’t withheld from a CORA requester because a data set also contains some confidential fields that must be deleted.

Not feasible
If it’s not “technologically or practically feasible” to delete confidential information from records or to provide records in searchable or sortable formats, the records will have to be provided in an “alternate” format or the custodian can issue a denial.

If a denial is challenged in court, existing CORA provisions will apply regarding the recovery of court costs and attorney fees. But if records are provided in an alternate format, and a court later finds they should have been provided in the requested format, attorney fees may be awarded only if the records custodian’s action was “arbitrary and capricious.”

The bill requires a records custodian to make “reasonable inquiries” before deciding that a request is not technologically or practically feasible. Presumably, he or she will have to run it by the government entity’s IT department or consultant. The custodian also will be required to declare in writing why the records can’t be provided in the requested format.

Fees
The final version of SB 17-040 doesn’t specify how much jurisdictions may charge requesters for “sortable” or “searchable” records. Because CORA’s existing fee provisions won’t change, we’ll have to see how governments apply charges for different types of requests.

Merely copying a spreadsheet or saving a file as a searchable PDF should fall under CORA’s “research and retrieval” provision, which allows records custodians to charge up to $30 per hour after the first hour. Requester groups hope the research-and-retrieval provision also covers simple tasks such as deleting confidential fields and exporting the remaining fields as a CSV file.

For more-complicated requests that require “a manipulation of data,” CORA allows records custodians to charge “a reasonable fee” not to exceed the actual cost of manipulating the data and generating the record.

No more misdemeanor
A long-standing misdemeanor for anyone who “willfully and knowingly” violates the open-records law will be gone from CORA. Lawyers with many years of experience handling open-records matters in Colorado can’t recall anyone ever being prosecuted for this crime, which carried a penalty of up to 90 days in jail and a $100 fine.

No effect on police records
SB 17-040 only changes how CORA records are provided. Another statute, the Colorado Criminal Justice Records Act, governs the public inspection of records maintained by police departments, sheriff’s offices and other criminal justice agencies.

Cooling-off period
If you’re denied public records under CORA, you’ll have to wait 14 days – instead of three business days – to challenge the denial in court. During that time, the records custodian must speak with you in person or by phone “to determine if the dispute may be resolved” without litigation.

The required meeting may involve “any method of dispute resolution,” including the use of a professional mediator. But both parties must agree and share the cost.

If you have “an expedited need” for records, and explain why in writing, CORA’s three-day notice of intent to sue will still apply.