State lawmakers took action Monday to close public access to autopsy reports on the deaths of minors, approving a bill requested by county coroners who say they’re concerned about the privacy of families of children who have died.

“The families feel stigmatized and they feel like every time it comes up, they have to relive the whole experience,” said Robert Bux, the El Paso County coroner. If the autopsy report is “out in the public domain,” he told legislators, “it’s very hard on family privacy.”

Bux testified before the Senate Judiciary Committee, which passed Senate Bill 18-223 on a 4-0 vote. 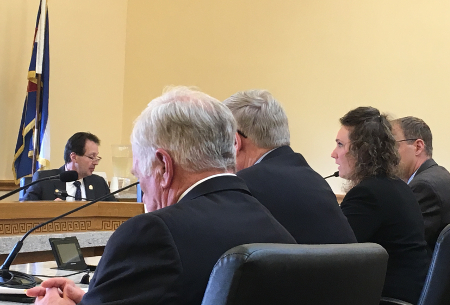 The bill would make autopsy reports on minors confidential and available only to certain parties, including parents and legal guardians of deceased children, law enforcement agencies investigating related crimes, local and regional child fatality review teams and the Colorado Department of Public Health and Environment, which collects data on violent deaths.

There was no testimony against the proposed legislation, which was introduced by Republican Sen. Bob Gardner of Colorado Springs.

But if it becomes law, the bill is bound to have a big impact on Colorado news organizations that report on public safety, the criminal justice system and the welfare of children.

Journalists routinely request autopsy reports, which the Colorado Open Records Act (CORA) currently excludes from the definition of “medical” records that must be withheld from public. The Colorado Court of Appeals ruled in 1987 that a records custodian can deny inspection of an autopsy report on a homicide victim only by showing a court that disclosure could cause “substantial injury to the public interest.”

Closing autopsy reports on minors would make it difficult to scrutinize how coroners do their jobs, said Nicole Vap, director of investigative journalism at 9NEWS in Denver.

“We shouldn’t have to take people’s word for things. You should be able to read the documents,” said Vap, who is vice president of the Colorado Freedom of Information Coalition. “How can you hold the coroners accountable if you can’t read what they did to draw their conclusions?”

Autopsies help the public understand why people die for certain reasons, whether it is murder or something harder to detect like a cancer cluster, Vap said. She is particularly worried that blocking the disclosure of autopsies on minors would make it impossible to continue examining Colorado’s child welfare system. In 2012, a joint investigation by 9NEWS and The Denver Post showed that 72 of 175 Colorado children who had died of child abuse in the previous five years were known to the agency that was supposed to keep them safe.

“The only way we were able to categorize some of the deaths as abuse was through the autopsies,” Vap said. “There is a large group of children who are not protected by our society and when they end up dead, the only way to hold anyone accountable is often through an autopsy. The autopsy isn’t supposed to lie. It will list abuse and signs of abuse. When you close that door, we will have no ability to ever hold someone accountable for abuse that leads to the death of a child.”

Bux also testified that public access to autopsy reports sometimes leads to “copycat” deaths caused by homicides and suicides. “Then you have another loss of life and there’s nothing you can do about it,” he said. “If it wasn’t discussed (in public), it may not have occurred.”

Emma Hall, the Boulder County coroner, told lawmakers that autopsy reports on children should be treated like medical information that is confidential under the Health Insurance Portability and Accountability Act, the federal law known as HIPAA. “I think it’s important to try to extend that courtesy to the families of minors who have died,” she said.

Steve Zansberg, a media lawyer who is president of CFOIC’s board, wrote in an email that he finds it “difficult to believe that the public disclosure of autopsy reports of suicides spawns copycats, as opposed to the fact/knowledge of the incident, among the youth’s peers.”

Zansberg, who represents news organizations in their efforts to obtain public records, recalled cases in which there were “legitimate questions” about how a county coroner conducted an autopsy of a minor. He cited the JonBenet Ramsey murder, the Columbine High School shootings and the Aurora movie theater shootings.

SB 18-223 now heads to the full Senate. The judiciary committee voted to put it on the Senate’s consent calendar, which means it may not be debated on the Senate floor.