It’s been on the books since the state legislature adopted the Colorado Open Records Act nearly a half-century ago: Anyone who “willfully and knowingly” violates the statute is guilty of a misdemeanor and faces up to 90 days in jail and a $100 fine.

But on Aug. 9, when Senate Bill 17-040 goes into effect (barring a referendum petition against it), the criminal penalty in CORA will disappear. Lawmakers erased the provision in the same legislation that clarifies the public’s right to obtain copies of public records kept in digital formats.

Does that matter? The change leaves only one method – civil litigation – for enforcing CORA violations. 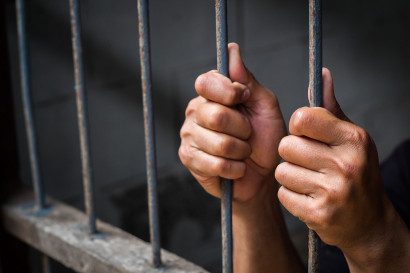 Toro acknowledged, however, that the threat of prosecution was “empty” because no government official in Colorado has been charged with illegally withholding public records or any other violation of the open-records law. Lawyers who specialize in CORA matters can’t recall a single criminal case.

“Criminal laws that aren’t getting enforced don’t do people a lot of good,” Toro said.

District attorneys aren’t often asked to investigate alleged CORA violations. In the 18th Judicial District, which covers Arapahoe, Douglas, Elbert and Lincoln counties, the senior deputy DA is unaware of any such requests in the past five years, spokeswoman Vikki Migoya said.

Still, there are some recent examples of prosecutors looking into CORA-related allegations. In the past year, the Denver DA’s office twice considered charging public officials with open-records law violations but decided against doing so. The determining factor in both cases was the high bar for proving a violation.

In May, Denver DA Beth McCann announced that she would not bring misdemeanor charges against the city’s police chief and deputy chief for failing to disclose the existence of a letter from then-DA Mitch Morrissey criticizing the police department’s handling of a sexual assault investigation involving an officer.

“The law requires a knowing and willful violation,” McCann told Denver7, “… and it was my conclusion that I did not have adequate facts to be able to prove criminal intent in the case.” (McCann considered using the misdemeanor provision in CORA, rather than a similar misdemeanor in the Colorado Criminal Justice Records Act, because CORA specifically covers the correspondence of elected officials, DA’s spokesman Ken Lane said.)

Last October, before McCann was elected, Morrissey said he would not file charges against former Denver City Attorney Scott Martinez for his office’s handling of a 2015 CORA request involving the firing of an assistant city attorney. CBS4 had obtained a copy of a letter that Martinez’s office claimed did not exist.

As in the police department case, the DA said he could not prove that anyone willfully violated the open-records statute, although Morrissey told CBS4 reporter Brian Maass, “They should have turned (the letter) over to you. I believe it was wrong.”

Another CORA case rejected for prosecution involved a Poudre School District administrator who told employees to destroy emails and paper records sought by parents about their son, a special-education student. In 2014, the Larimer County district attorney decided that no criminal charges “could or should” be filed. In a civil case, however, a judge ruled that the school district illegally withheld records.

Steve Zansberg, a First Amendment attorney who represented the parents in the Poudre lawsuit, agreed with Toro’s assessment about losing the CORA misdemeanor.

“Because it has never been charged in all the years it was on the books, its usefulness as a deterrent against improper or illegal destruction of records was of questionable value,” said Zansberg, president of the Colorado Freedom of Information Coalition.

Records custodians suggested deleting the misdemeanor from CORA during the months-long negotiations that led to the introduction of SB 17-040. They said the criminal penalty made them nervous about making mistakes when filling CORA requests and they would be more willing to accept new statutory requirements on the formatting of digital records if the penalty no longer existed.

SB 17-040 doesn’t affect the misdemeanor (also punishable by a $100 fine and/or 90 days in jail) for willfully and knowingly violating the Colorado Criminal Justice Records Act.