A committee of state lawmakers Monday recommended the destruction of old files on bills and amendments prepared for members of the General Assembly.

Although some of the files date to the early 1930s, they aren’t considered to have much historical significance. They also don’t provide legal evidence of any legislator’s intentions regarding bills that eventually became laws, according to Debbie Haskins, assistant director of the Office of Legislative Legal Services (OLLS).

“It seems like a massive amount of paper, with very little value, gathering bugs and dust,” said Sen. Ellen Roberts, R-Durango, when the Committee on Legal Services discussed the proposal last month. 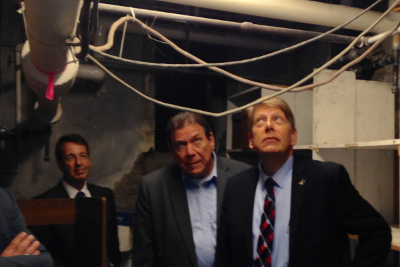 In early October, committee members toured the musty rooms of the state Capitol sub-basement where many of the paper files are stored in boxes. With room there for only eight years of session files, many files had been moved to the Colorado State Archives.

Under a policy adopted in 1993, the records had to be kept indefinitely. But if legislative leaders agree with the committee’s recommendation, only the most recent eight years of files will be retained, starting in 2017. The oldest files will be shredded after each legislative session.

The records were created by legal services staff, not the legislators themselves. They include research materials, hand-written notes and drafts of bills, resolutions and amendments.

All of it is considered to be confidential “work product” under the Colorado Open Records Act (CORA) and cannot be released to the public without permission from the current or former lawmaker who requested the drafts.

OLLS gets about five informal requests for member files each year.

A tale of two CORA requests