A Colorado House bill introduced this week is intended to encourage records requesters and government entities to resolve disputes through mediation rather than in the court system.

Litigation currently is the only legal remedy for challenging a denial of public records under the Colorado Open Records Act (CORA), and many people give up rather than file a lawsuit. Rep. Cole Wist said his proposal, HB 17-1177, offers an alternative.

“When you’re a private citizen and a public records custodian denies your request, and your only option is to sue the government, that’s an overwhelming thing,” the Centennial Republican said. “I’m trying to remove that obstacle.”

Mediation, he said, provides an opportunity to talk through a dispute with an independent third party. And it’s less costly and less formal than litigation. 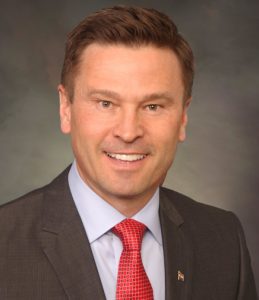 CORA, as currently written, requires the awarding of “court costs and reasonable attorney fees to the prevailing applicant in an amount to be determined by the court,” if a denial of records is found to be improper. The bill would cap that award at $10,000 if a requester prevails in court but does not try mediation first.

If a records custodian refuses to participate in mediation, and the requester wins a CORA lawsuit, the custodian would have to pay the requester up to $100,000 plus court costs and attorney’s fees.

“I’m trying to create incentives for parties to resolve cases without suing,” Wist said. “I hope that people never have to sue to gain access to public records, period. That would be the goal – to get these kinds of disputes out of the courtroom.”

Under current law, a records custodian can only recover court costs and attorney fees if a requester’s lawsuit is found to be “frivolous, vexatious or groundless.”

Giving both sides the opportunity to recover costs is important, Wist said, because both parties “should have some skin in the game.”

Wist, a lawyer who said he has settled many cases in mediation, served on the CORA Working Group convened by the Secretary of State’s office last year. However, the stakeholders’ group (which included the Colorado Freedom of Information Coalition) did not review Wist’s bill before it was introduced.

“We like the concept of mediation,” Romberg said. “We just want to make sure the bill doesn’t in any way chill peoples’ ability to request records and find out what governments are doing.”

Said Peg Perl, senior counsel for Colorado Ethics Watch, “We generally support creating alternative paths for citizens to challenge improper withholding of records under CORA short of litigation, but we are still reviewing the specifics of this bill to determine whether it helps or hurts citizens attempting to gain access to public documents in a timely manner without undue financial burden.”

Wist said he is open to suggestions for improving HB 17-1177 as it goes through the legislative process.