It was an eye-opening story for our viewers: A FOX31 Problem Solvers investigation found that the Colorado Division of Gaming has been charging casino customers with crimes for playing very small credits left on slot machines.

But even more startling for us, as we conducted our reporting, was how much money the Gilpin County court system wanted to charge for providing open records on such cases. 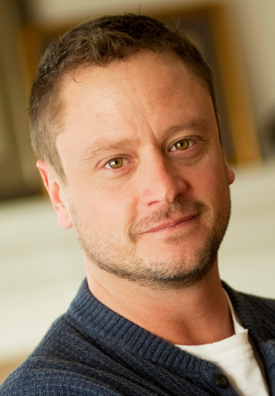 We identified 733 citations written by gaming agents over the last five years to customers in Blackhawk and Central City casinos for the crime of “Fraud – Take Money Not Won.” Some of the cited customers unsuspectingly played credits as little as $2 – one for just 76 cents – left on slot machines. They were charged criminally and ordered to pay hundreds of dollars in fines and court costs and perform community service.

In an effort to expand our investigation, we requested all citations written in 2016 for “Fraud – Take Money Not Won” from Gilpin County. There are 161 citations for that time period, each with information on a front and back side.

We expected some sort of fee for the time required to redact anything confidential. But we didn’t expect the following response from Terri Meredith of Gilpin County courts:

“We anticipate that retrieving the requested information will require significant staff time and estimate the cost to complete such request to be $2,254.00 (80.5 hours for research and redaction at $25 per hour plus $241.50 for copies) … Upon receipt of payment made payable to Gilpin Combined Courts and mailed to the address below, we will move forward with fulfilling your request. In the meantime, let me know if you have any questions!”

Questions? Yes, we had questions. For one, why would it take Gilpin County courts more than 80 hours – two full work weeks – to compile and redact 161 citations?

Do the math. It means their staff would need 30 minutes to review each citation (see these examples).

We asked Rob McCallum, public information officer for the Office of the State Court Administrator, if it would take him a half-hour to examine the front and back of just one citation. When McCallum contacted the Gilpin County court, he was assured that indeed the estimate of 80.5 hours to review the 161 citations was accurate.

“I understand where you are coming from,” McCallum told us in an email, “but my office does not tell the judicial district administrators and clerks of court how to run their operations, schedule their resources or estimate costs for research projects.”

Hoping to obtain the 161 citations for a reasonable fee, FOX31 Problem Solvers filed a separate request with the Colorado Department of Revenue, which houses the Division of Gaming. We asked that four citations be provided to FOX31 as examples.

We won that argument and the gaming division released four redacted citations. But with the air date for our investigation rapidly approaching, we decided on a strategy that would yield as many citations as possible without breaking our budget.

For some unexplained reason, the court was able to review and redact each citation in just six minutes rather than the estimated 30 minutes.

We learned a few lessons getting the records for our story. For one, we quickly realized this wasn’t a Colorado Open Records Act (CORA) issue. The Chief Justice of the Colorado Supreme Court establishes rules for obtaining court records, so it was important to check Chief Justice Directive 06-01, which sets review-and-redaction costs at $25 per hour and copying charges at 75 cents per page.

Gilpin County initially claimed it would need “significant staff time” to retrieve the citations. We pointed out that Chief Justice Directive 06-01 waives case file retrieval fees for the news media. Then the county claimed the estimated 80.5 hours needed to fill our request were solely for “review and redaction.”

Ultimately, the most important lesson we learned is persistence. Simply put, a denial of records or an outlandish charge for records isn’t the end of the pursuit but rather the beginning.