When a charter school board in Pagosa Springs agreed last month to release the audio recording of a closed-door meeting, it was the second time in less than two years that the local newspaper successfully challenged an apparent violation of the Colorado Open Meetings Law (COML) – without going to court.

Executive session recordings aren’t open records in Colorado unless a public body consents or one of its private meetings is deemed illegal for some reason, an acknowledgement that public bodies don’t often make absent a judge’s order.

But in April 2016, The Pagosa Springs SUN persuaded the Pagosa Fire Protection District board to give up the recording of an executive session during which members secretly decided to promote the assistant fire chief and give him a raise. The newspaper pointed out that the COML (aka the Sunshine Law) allows deliberations – not decision making – in executive sessions. 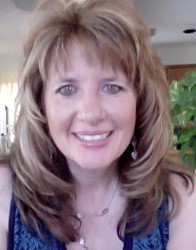 And now The SUN has pried an executive session recording out of the Pagosa Peak Open School board. Pressured by the newspaper, the board president eventually admitted that “the reason for entering that executive session was improperly cited,” though The SUN also questioned the legality of several other aspects of the closed-door meeting.

So how is a small-town weekly newspaper in southwest Colorado winning government transparency battles without racking up large legal bills?

Diligence, knowledge of the law and a devotion to watchdog journalism are three reasons. Editor and publisher Terri House is big on covering government – the public has a right to know how even the smallest government entities spend taxpayer money and how those decisions are made, she said.

House insists that The SUN’s three reporters try to attend nearly every meeting of every public board in the area, from the town council to the water conservancy district board. She wants them to listen closely, take notes and audio record everything that is said.

“Start recording when you walk into the room,” House tells new hires, because elected officials “will say things before meetings that are amazing. And don’t stop recording until you get in your car because they’ll say things after the meetings too.”

Reporter Marshall Dunham’s recording of the Apr. 12, 2016, fire board meeting provided proof of a Sunshine Law violation, House said. His story quoted the board chairman coming out of an executive session and announcing the assistant chief’s promotion. “This board has decided …,” the chairman began after reconvening the regular meeting. No vote was taken in public.

“I asked Marshall, “Did he really say that?” House told the Colorado Freedom of Information Coalition. “But Marshall had the recording and I heard it myself. That’s when we made a CORA (Colorado Open Records Act) request for the executive session recording.”

The fire board voted unanimously to release the audio during a special meeting. “In light of the circumstances and in order to prevent … staff and legal expense, I move to waive the executive session privilege,” a director said. Another director thanked The SUN for catching their mistake.

The charter school board released the recording of its Nov. 17 executive session after The SUN pointed out numerous problems with the closed-door meeting. For one, the board chairwoman cited two provisions in the Sunshine Law allowing private meetings to get attorney advice and determine negotiating positions, but she vaguely announced the topic as “contractual issues.” The COML requires additional specificity – “identification of the particular matter to be discussed in as much detail as possible without compromising the purpose for which the executive session is authorized.”

The SUN also questioned how the closed-door meeting could have been called for legal advice when no attorney was present. And why was the owner of the charter school building allowed to participate? It turns out, according to the executive session audio, that the board and the building owner discussed a possible $4.7 million deal.

“You can’t take a contract adversary into an executive session,” House wrote in a column published this week, adding that the charter school board got “one thing right” about the executive session, “realizing they were wrong and releasing the recording.”

(A year ago, the town of Pagosa Springs had to pay attorney’s fees totaling more than $35,000 after a judge found it in violation of the COML for holding an illegal closed-door meeting with a developer to negotiate a proposed bridge project. That lawsuit was brought by Pagosa Daily Post blogger Bill Hudson.)

House said SUN readers often tell her they appreciate the newspaper’s efforts to hold public boards accountable. But some people ask why it matters, which she explained in an August editorial:

When public officials ignore or circumvent the Sunshine Law, “they violate the spirit of government of the people, by the people, for the people,” she wrote.

“The only way to have full faith and confidence in our elected officials is to know they are working ethically and on our behalf.”

Fifty years ago, voter approval of the Sunshine Law ushered in a new era of government transparency in Colorado. It also meant no more beer for the state Capitol press corps.