Most of the governments responded – though some took their time – by sending Koeberl the public records in Excel format. Aurora Public Schools, however, responded this way: 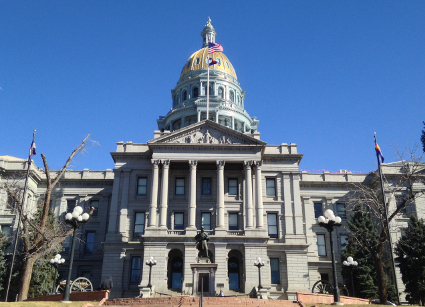 Koeberl, an investigative producer at KDVR Fox 31 in Denver, quickly reminded Christiansen that Senate Bill 17-040 had gone into effect Aug. 9. The legislation modernized the Colorado Open Records Act (CORA) by clarifying the public’s right to obtain digital public records in useful file formats that allow for searching or sorting.

If public records are kept in a “sortable” format, you’re now entitled to copies in a sortable format such as an Excel or .csv file. Also in the bill: Altering a digital public record to remove information that can’t be disclosed under CORA no longer constitutes the creation of a new record.

“That one experience made the entire process worth it,” Koeberl told the Colorado Freedom of Information Coalition. The “process” he referenced was the long and involved effort to win passage of SB 17-040. Koeberl represented the Colorado Broadcasters Association on the CORA Working Group, the stakeholders’ task force (which included the CFOIC) that crafted the original version of the bill. Members also provided input on subsequent drafts.

Other journalists also have told the CFOIC that SB 17-040 generally seems to be working as intended, even if some records custodians had to be reminded about the law change and some have taken much longer than three working days (CORA’s response time requirement) to fill requests. The sample size is small, but early tests of the new law are encouraging.

Even the city of Aurora, whose open records policy still states that the city “will choose the format in which to provide the public documents,” is now providing spreadsheets when requested. Koeberl and the Denver Business Journal each obtained payroll spreadsheets from Aurora, which in the past provided only paper copies of the records.

Paper wasn’t useful, said Koeberl, who maintains an in-house data library for Fox 31 reporters and producers, and it wasn’t worth the considerable time and effort required to recreate the database.

Now, CSU posts an online version of the faculty salary database, although it’s missing key fields of information previously displayed in the library’s bound copy. Employees’ first names aren’t in there – only first initials — and an employee’s compensation from the previous fiscal year isn’t included, making it impossible to calculate annual salary increases.

After SB 17-040 went into effect, Coltrain requested the “digital, searchable files” associated with the compensation report. CSU sent him a spreadsheet copy of the same data it provides online, which Coltrain knew was not the complete record.

Although he hasn’t yet made another request for the database, “CSU said they would be willing to provide us all of the information if we requested it specifically,” Coltrain said.

SB 17-040 also seems to have helped a team of journalists working on a multi-state project obtain an extensive database of Colorado Lottery winners. At first they were told their request would take at least 200 hours to process at a cost of $6,000, said Daniel Simmons-Ritchie, a reporter with The Patriot-News in Harrisburg, PA.

Simmons-Ritchie made it clear he only wanted data stored electronically and he noted the recent passage of SB 17-040, which hadn’t yet taken effect. The estimated cost fell to $450. A few days later, after he tweaked his request again, the Colorado Lottery provided the requested data at no charge.

“It’s possible that the tweaks to the wording of my request may have been the tipping factor in the lottery’s fee reduction, but those tweaks were very minor,” Simmons-Ritchie said. “For that reason, it’s hard for me to believe that SB 17-040 – or even just the act of citing it – didn’t play a heavy role in the lottery’s decision.”

He and his fellow project reporters chronicled their data requests in an article for Columbia Journalism Review, giving various states awards “to shine a light” on how much freedom-of-information laws vary across the country.

They gave Colorado the “Help from Above Award.”

Help the Colorado Freedom of Information Coalition track how SB 17-040 is working. Email us about your experiences requesting digital public records at coloradofoic@gmail.com.