Colorado Ethics Watch is closing its doors after 11 years of helping Coloradans hold public officials accountable and winning some significant battles for government transparency in the state legislature and in court.

“We basically worked ourselves out of a job,” said Luis Toro, executive director of Ethics Watch since 2010. “We raised awareness of the fact that in Colorado you need private parties to enforce the ethics laws, and we paved the way in showing people how to do that.”

Of a record 41 complaints filed so far this year with the Colorado Independent Ethics Commission, “none of those are from us,” Toro said. “It’s no longer true that if we don’t file a complaint, nobody will.” 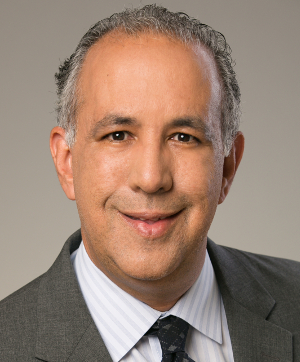 Ethics Watch, a member of the Colorado Freedom of Information Coalition, started in 2006 as a state-based project of Citizens for Responsibility and Ethics in Washington (CREW). Coincidentally, that was around the same time that Colorado voters approved Amendment 41, which established the state ethics commission and set restrictions on gifts received by government officials and employees.

Ethics Watch closely monitored the ethics commission, live tweeting its meetings in recent years because most have not been broadcast. In 2009, the nonprofit won a court ruling that forced the ethics commission to disclose requests for advisory opinions and letter rulings under the Colorado Open Records Act (CORA).

In the legislature, Ethics Watch worked to improve and modernize CORA.

In 2013, it published research showing that government charges for public record requests were “all over the map” in Colorado. The next year, the General Assembly approved HB 14-1193, standardizing CORA research and retrieval fees statewide.

For the past two years, Ethics Watch senior counsel Peg Perl worked with the CFOIC and other groups on the development and eventual passage of legislation to modernize CORA. Perl recently formed her own consulting business and has announced her candidacy for Denver clerk and recorder in 2019.

Ethics Watch also conducted research on campaign spending in Colorado and worked on successful proposals to improve disclosures. It was involved in a recent Denver City Council measure on “dark money” spending.

Toro, a CFOIC board member, said Ethics Watch had a difficult time standing on its own financially after breaking away from CREW in 2016. It was tough for a state-based ethics watchdog to gain traction, he noted, with so much attention now focused on ethical questions involving the Trump Administration.

Toro said he sometimes was asked why Colorado needed an ethics watchdog when “we’re not like Illinois,” which has a long history of government corruption. His answer: “We don’t want to become like Illinois.”