There is new life for CFOIC’s proposal to set a uniform statewide standard for sealing criminal court files in Colorado.

We reported last month that the Colorado Supreme Court’s Advisory Committee on Rules of Criminal Procedure had, in a terse letter, rejected a proposed sealing rule submitted by media law attorney Steve Zansberg, president of the Colorado Freedom of Information Coalition.

But last Friday, during a meeting of the state judicial branch’s Public Access Committee, Colorado Court of Appeals Judge Jerry Jones said he would appoint a subcommittee to consider the idea as part of a broader examination of the judicial system’s policy on the suppression and sealing of court documents. 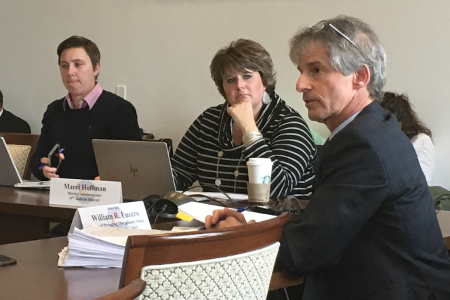 “We have in the past kind of tinkered with it … without really looking at the big picture,” said Jones, who chairs the committee that develops policies regarding public access to judicial information. “I think a subcommittee needs to look at the big picture. That is, how far should we go in terms of specificity?”

The sealing of court records is “a big issue,” Jones added. “It’s important that we try to get this as right as we can before we present something, as we intend to do, to the Supreme Court for their consideration.” He did not address the substance of CFOIC’s proposal but told Zansberg, “I recognize your concerns.”

CFOIC’s proposed rule, modeled after one set by the American Bar Association, is intended to provide guidance on the closure of records, often a controversial matter in high-profile criminal cases. In the Aurora theater shooting case, Zansberg noted, the judges struggled to determine which legal standard to apply to resolve motions by news media organizations to unseal court records.

Earlier this month, he said, an Arapahoe County District Court judge ruled on a motion to unseal records on the prosecution of death row inmate Sir Mario Owens without citing “any standard that explains upon what basis (he) determined what files should remain sealed and what files should be unsealed.”

“There is a need for an articulated standard that will apply throughout the state so there is uniformity, so it doesn’t vary from district to district, from case to case,” Zansberg told members of the Public Access Committee. “Judges, district attorneys, public defenders, criminal defense counsel and the public and the press will all benefit from having a unified standard.”

That standard, Zansberg added, should be based on the public’s First Amendment right to access court files, a right the Colorado Supreme Court recognized in 1966 in a case brought by the Longmont Times-Call.

For more on the need for a uniform sealing standard, see this November 2016 article by Zansberg on CFOIC’s blog.