Colorado would join a dozen other states that require public disclosure of internal records on police misconduct under legislation introduced in the House on Wednesday.

House Bill 18-1404 would open files that examine a law enforcement officer’s in-uniform or on-duty performance once an internal affairs investigation is complete. A requester would have access to records related to a “specific, identifiable incident of alleged misconduct involving a member of the public,” including witness interviews, video and audio recordings, documentary evidence, transcripts and final departmental decisions.

Any private information, such as Social Security numbers or an officer’s home address, would be redacted and police would have discretion to black out information they believe would compromise the safety of officers, victims or informants. 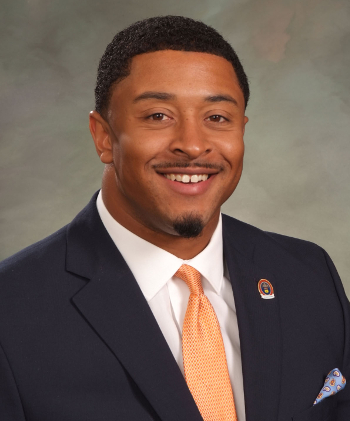 “It’s about transparency and it’s about accountability,” said Rep. James Coleman, the Denver Democrat who is sponsoring the bill. “We just want people to have information, especially when there is an out-of-court settlement with taxpayer dollars. That’s information that should be made public.”

A study released in early February by a University of Denver law professor and her students found that many law enforcement agencies in Colorado routinely reject public records requests for internal affairs files, leaving Coloradans “largely in the dark with regard to allegations and investigations of police misconduct.”

Last spring, the Greeley Police Department denied The Greeley Tribune’s request for records involving a detective accused of lying in an affidavit related to a woman’s arrest on suspicion of prostitution. The woman was found not guilty, the city paid her $150,000 and the detective left the department. But disclosing the files “would not be in the public interest,” the newspaper was told.

The Colorado Springs Police Department has rejected multiple requests from the Colorado Springs Independent to examine files on an officer accused of slamming an 18-year-old woman to the floor, face-first, while she was handcuffed in a hospital waiting area in 2013. The city paid $100,000 to settle a lawsuit she filed against the officer.

The public release of law enforcement internal affairs files is governed by the Colorado Criminal Justice Records Act, which gives agencies broad discretion to withhold most of their records if they determine that disclosure would be “contrary to the public interest.”

But in making that determination, the Colorado Supreme Court ruled in 2005 that records custodians should balance “pertinent factors,” which include the privacy of individuals, the public interest in allowing inspection of the records and the agency’s interest in pursuing ongoing investigations without compromising them.

Some agencies, such as the Aurora Police Department, have routinely denied requests for internal affairs records based on city charter provisions and department policies that makes them confidential. A recent lawsuit challenged Aurora’s policy.

Under HB 18-1404, files on completed internal affairs investigations would be classified as “records of official actions” open for public inspection. Records custodians would be allowed to first provide requesters with a summary of an investigation file before providing the full file, if the requester is still interested in obtaining it. Denver’s Department of Public Safety, one of the few law enforcement agencies in the state that provides access to internal affairs files, regularly compiles detailed summaries of cases for the public.

The bill also allows records custodians to redact public safety information that is unique to an individual case if it “would be contrary to the public interest to release.” However, the measure says a custodian should black out “the least amount of information possible,” and a requester can ask for a written explanation of the reasons for the redaction. An internal investigation file could be withheld if there is an ongoing related criminal case, but the file would be open for inspection once charges are dismissed or a defendant is sentenced after a conviction.

Coleman has brought together representatives of various interests, including law enforcement agencies and prosecutors, to discuss the proposal. The American Civil Liberties Union of Colorado, the Colorado Freedom of Information Coalition and the Colorado Press Association support the measure. Opposition is expected from some law enforcement and police union officials who worry that police officers will be less inclined to cooperate with internal affairs investigations if they know the records will eventually be made public.

One former police chief who strongly backs the idea is Dan Montgomery, who led the Westminster department for 25 years.

“If a police department wants to be transparent, accountable and professional, they need to open up their internal affairs files,” said Montgomery, now a consultant on police practices, policies and procedures. “I think that’s what the public expects and it’s what the public demands.”

Knowing the records will be open for inspection after an investigation is complete is “an incentive for internal affairs investigators to do a quality job,” he added.

Police officer disciplinary histories are effectively confidential in nearly half of the states, either because agencies routinely withhold them or the law explicitly exempts the records from public inspection, according to a study by New York public radio station WNYC.

Internal affairs records generally are available to the public in 12 states. In some of these states, records of unsubstantiated complaints and active investigations remain confidential.

Can a school board choose superintendent finalists in a closed-door executive session?

Police monitor: Jail death of Michael Marshall shows need for guidelines on the release of video