For the third consecutive year, a committee of lawmakers discussed whether the administrative records of the state’s judicial branch should be subject to the Colorado Open Records Act.

The House State, Veterans and Military Affairs Committee didn’t kill Rep. Polly Lawrence’s proposal as it did in 2016 and 2017. At least not yet.

The committee took testimony Wednesday and then laid over House Bill 18-1152 so that Lawrence could work with other legislators on possible amendments. They didn’t specify what those amendments might look like. 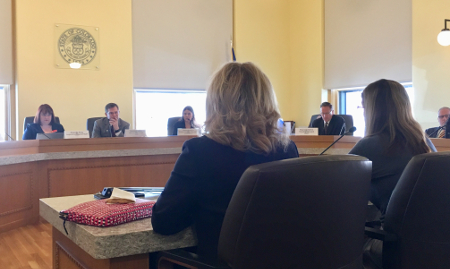 The bill, as introduced, would change the definition of public records in CORA to include the administrative and budget records of the judicial department of state government. As we’ve written on several occasions, the judiciary is exempt from the open records law because of two Colorado court rulings, most recently Gleason v. Judicial Watch in 2012. In that case, the Colorado Court of Appeals appeared to leave it to the legislature to define the judicial branch as a state agency for open records purposes.

“A lot of taxpayers don’t know there are actually two different systems to access records,” said Lawrence, a Roxborough Park Republican, referring to CORA and the judicial branch’s own records rules, adopted in 2015.

The Colorado Freedom of Information Coalition supported HB 18-1152 at Wednesday’s hearing as did the Colorado Press Association, the Colorado Broadcasters Association and the state Attorney General’s office. Elected members of the legislature should make open records policy for governments in Colorado, including the judicial branch, they contended.

“We really think this is your job, not theirs,” Greg Romberg, lobbyist for the press and broadcasters associations, told lawmakers.

But John Lebsack, representing the Colorado Bar Association, said the bill is inconsistent with the separation of powers clause in the Colorado Constitution, which gives the judicial branch the power to promulgate rules regarding the administration of the courts.

Colorado Supreme Court Justice Monica Márquez also testified that the judiciary’s rule-making authority is derived from the state constitution. She called the bill “unnecessary,” contending there are no practical problems of access to records that would be resolved by passage of the bill.

The proposal, Márquez said, “seems to suggest that the administrative and budget records of the judicial department are not currently open to the public and that is incorrect.”

Deputy Secretary of State Suzanne Staiert testified for the bill, conveying her personal experience being fired as Littleton city attorney several years ago after filing a sexual harassment complaint against a municipal judge. Staiert said the Office of Attorney Regulation Counsel, which is in the judicial branch, eventually dismissed her complaint against the judge but refused to provide records on its investigation.

Zansberg: With improvements over time, the Colorado Open Meetings Law has helped hold government accountable to We The People

Opinion: A stronger shield is a welcome idea

A year after the legislature passed a law on police radio encryption, Denver-area news outlets are still blocked from listening