When journalist Karen Antonacci asked the Lafayette Police Department for an incident report recently, she was surprised and concerned to learn that the records clerk needed an emailed copy of her ID to process the request.

“I am not comfortable sending a copy of my ID to a police department when I’m simply requesting records,” the Longmont Times-Call reporter wrote back. “My ID lists my personal home address, which I keep private for safety reasons … Can you please explain why you need a copy of my ID for simply requesting records, which is part of my job? In four years of reporting in Colorado, no other entity has asked me for that information.”

Though it’s apparently not a common practice, some police agencies in Colorado want you to show a driver’s license or some other form of photo identification to obtain public records. And at least one government entity – Elbert County – now wants ID from people asking for any kind of public records. In March, the Elbert County Commission approved a new Colorado Open Records Act (CORA) policy that requires requesters to present “a valid form of identification to authenticate the identification of the individual making the request, and receiving the information.”

Should you have to show identification to inspect or get copies of public records? Unlike a few states such as Virginia and Tennessee, Colorado has no requirement that freedom-of-information requests be made by people who actually live in the state. So what’s the point? Is it legal? 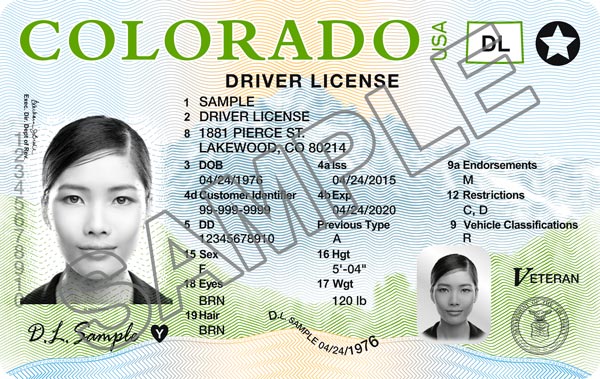 “It’s burdensome and invasive and reasonable only if they can establish there is a problem to be solved by imposing that requirement,” said Ashley Kissinger, an attorney with Ballard Spahr who represents Colorado news media organizations.

Kissinger noted that both CORA and the Colorado Criminal Justice Records Act (CCJRA) allow “any person” to inspect public records. “So even if I’m lying about who I am, it doesn’t matter,” she said. “I’m still entitled to the records.”

Requiring ID would be reasonable, Kissinger said, if a government entity needed to confirm the identity of a person requesting records pertaining to him or herself because redaction might not be needed in that circumstance. Redaction might be needed if a third party requested the same records.

That’s at least one reason for Elbert County’s new policy. When two residents voiced concerns about the proposal during the commissioners’ March 14 board meeting, County Attorney Bart Greer discussed the possible need for redaction, “depending on who the requester is.” Greer said, “If the requester is the individual who is the owner of that information, (the record) may not need to be redacted.”

“That’s a narrow class of records requests,” responded Rick Brown, who lives in Kiowa. “You could tailor the policy to accommodate it without otherwise violating CORA … What you have now is simply overbroad.”

Greer didn’t offer other reasons for the ID policy at the March 14 meeting, other than to say “it’s actually fairly common practice throughout the state for open records,” and he didn’t respond to multiple requests for an interview from the Colorado Freedom of Information Coalition.

(CFOIC asked Geoff Wilson, who was general counsel for the Colorado Municipal League for many years, about Greer’s claim that local governments commonly require ID for records requests. “I myself have not heard of this practice in my years of working in this area,” Wilson said.)

As for Lafayette’s ID policy for police records, Commander Brian Rosipajla said it’s related to a CCJRA provision that requires requesters to sign a statement affirming that criminal justice records “shall not be used for the direct solicitation of business for pecuniary gain.”

But the CCJRA requires only a signature, which is good enough for many other law enforcement agencies in Colorado.

Mary Dulacki, records coordinator for the Denver Department of Public Safety, said she doesn’t ask for ID from records requesters. Denver police, she added, ask for identification when a person requests his or her own record or the record of a child “because the record will not be redacted the same as if it were a request from the public.”

What should requesters do if a records clerk asks for ID and it makes them uncomfortable?

“I think they ought to push back,” Kissinger said. She acknowledged, however, that a requester’s options are limited if an agency sticks to its policy. Under both CORA and the CCJRA, the only way to challenge the withholding of public records is to file a lawsuit.

Zansberg: The right to inspect the public’s records