Two journalist associations and the Colorado Freedom of Information Coalition sent a second letter to Denver’s new police chief Friday, expressing disappointment in his “dismissive, non-substantive” response to an earlier letter regarding the July 5 detention of Colorado Independent Editor Susan Greene while she took pictures of officers.

The response from Chief Paul Pazen left the organizations concerned that police and Department of Public Safety officials “have not given matters concerning Denver police officer interference with citizens exercising rights to photograph and video police or other public officials in public spaces the priority it deserves,” wrote lawyer Marc Flink on behalf of CFOIC, the Colorado Press Association and the Colorado Broadcasters Association.

Flink’s original letter was sent three days after Greene published a column in which she described being handcuffed and put into the back seat of a police car while taking photos near the state Capitol of officers with a naked, handcuffed man seated on the sidewalk. An officer, she wrote, had wrongly accused her of blocking the door of an ambulance. 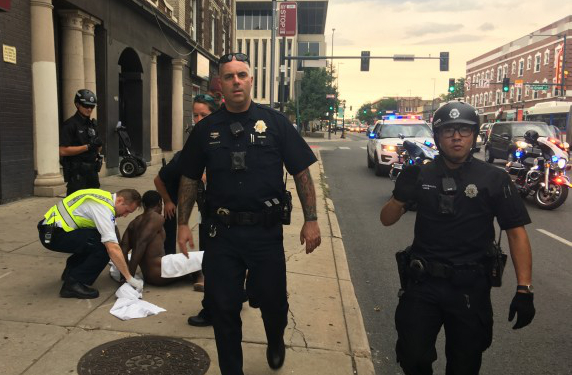 The letter urged Pazen, Manager of Safety Troy Riggs and City Attorney Kristin Bronson to institute intensive First Amendment training for employees and it asked the city to issue a press release advising the public of steps taken to address the matter.

In his response, received this week, Pazen wrote that upholding the First Amendment rights of individuals “is of the utmost importance” to Denver police. He noted that officers “receive training in constitutional issues, and there is also a specific department policy that addresses recording police activities. Such policies provide guidance regarding the protection of individual rights and the enforcement of criminal laws.”

Though the incident involving Greene is still under investigation, the chief added, “I am confident that it will be addressed in a professional, fair, and reasonable manner.”

In the letter sent Friday, Flink wrote that CFOIC, the press association and the broadcasters association “were disappointed in what they considered to be a dismissive, non-substantive response” that failed to address the organizations’ request that the public be notified of immediate next steps.

“Absent public acknowledgment and recognition that more and better training on the rights of citizens and the press to record police activities in public spaces needs to be undertaken, there can be no confidence that the training Denver police officers receive” is adequate, Flink’s letter says.

The attorney with BakerHostetler also reiterated the call for a press release and offered the three organizations’ assistance in providing additional First Amendment training for officers.