To get a letter to convicted mass killer James Holmes at the Colorado State Penitentiary in Cañon City, you’ll need the inmate number assigned to him by the Colorado Department of Corrections.

But until Friday, the DOC had withheld that information from the news media and the public for security reasons and to prevent him from trying to profit from his notoriety. The department’s online offender search page also didn’t mention Holmes, who murdered 12 and injured 70 during a July 2012 shooting rampage at an Aurora movie theater.

That policy suddenly changed following repeated requests for Holmes’ inmate number made by the Associated Press and other news organizations and an inquiry made by the Colorado Freedom of Information Coalition. 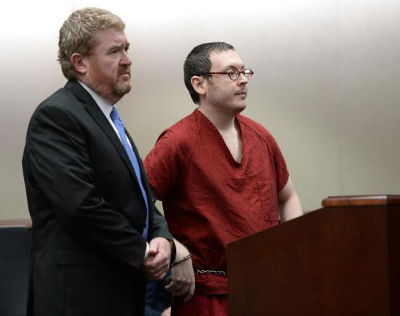 “It was really creating more trouble than we were hoping to avoid by not providing the information,” said Adrienne Jacobson, the DOC’s associate director for legal services. “We were getting intense pressure. We maintain there is a need for the restriction, but also realize there is public interest here.”

What is that public interest? AP Bureau Chief Jim Clarke put it this way: “The Associated Press thinks reasonable access to any inmate, high profile or not, is in line with state open records laws and provides an important check on governmental authority. We’re pleased the Department of Corrections reconsidered its decision.”

In an emailed statement, Jacobson said location and identifying information is routinely kept confidential for certain DOC inmates, usually those moved out of state for reasons including their safety, prison security and the safety of victims and their families.

In the case of Holmes, who has not been moved out of state, Jacobson said the department assumed that his notoriety would create “a higher potential for attempts to secret materials into the facility through the mail.” At no time, she added, was Holmes prohibited from sending mail or receiving any mail that did get sent to him by family members or others who had his inmate number.

There remain “significant security concerns” surrounding the release of Holmes’ inmate number, Jacobson said. But given that Holmes has sent mail bearing his DOC number out of the prison, “we feel that we have done as much as we can to protect his personal information and have made the decision to remove the temporary block on his information so that it can be displayed through the inmate locator.”

She added, “We are hopeful that the temporary removal of his information has permitted enough of a ‘cool down’ period that the potential for a high volume of threats and/or dangerous materials being secreted (in) the mail has diminished.”

Holmes received many threats during his three years in Arapahoe County Jail, Jacobson noted. Some people also sent him letters of support, photos and money, according to 200 pages of mail released 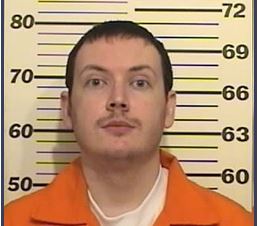 by prosecutors in early September.

While protecting the department’s mail room staff has been paramount, the money also was an issue because Holmes is not supposed to profit from his crimes under Colorado’s “Son of Sam” law. In her statement, Jacobson said “There is an increased likelihood that should offender Holmes respond to a letter sent to him through knowledge of his DOC#, the letter could be sold for profit. Such continued media and commercial attention to this offender re-victimizes many and, if any proceeds from such sale are sent back in to the offender, it could constitute violation” of the “Son of Sam” law.

There are questions about whether the DOC was legally permitted to withhold Holmes’ inmate number.

Under the Colorado Criminal Justice Records Act (CCJRA), law enforcement agencies have discretion to withhold most criminal justice records if they determine that disclosure would be “contrary to the public interest.” In denying a request made by the AP, Jacobson said “the Department’s interest in preserving the safety and security of our facility and staff outweighs the public interest in having Offender Holmes’ DOC#.”

But the CCJRA also requires the disclosure of certain records of “official action,” which include records showing “any decision … to relocate any person under criminal sentence.”

In late October, the AP made a second request for all records of official action involving Holmes’ incarceration. On Thursday, it received three such records from the DOC – but with Holmes’ inmate number blacked out.

CFOIC President Steve Zansberg, a media law attorney, said the Colorado Supreme Court has expressly held that a criminal justice agency must disclose all records of official action unless a specific statutory exemption bars such disclosure.

Jacobson maintained that the inmate number is not a record of official action related to Holmes’ classification, executive assignment order and disciplinary history. Although each document cannot be printed out without the inmate number, she said, “the number was not generated by the official action. The number is something that we assign. It’s a record that we create in the department.”

Note: The Associated Press is a member of the Colorado Freedom of Information Coalition.

Some governments raise CORA research rates, others not yet in compliance with new state law