The Colorado Supreme Court heard Thursday from a state lawmaker and members of the public who are concerned about proposed regulations that will govern access to the administrative records of the Colorado Judicial Branch.

“This proposed rule does not inspire the trust and confidence of the people,” said Denver attorney Chris Forsyth, who runs a grassroots judicial-reform organization. “It works directly against it.”

Forsyth told the court “there is an appearance of impropriety” because the justices are determining access to records that pertain to themselves and other judicial-branch employees. “That makes the public and those of us who have the courage to stand up here feel in danger.”

State Rep. Polly Lawrence, R-Douglas County, testified that the draft policy would “give the judicial branch drastically more discretion over which administrative information it releases to the public than the legislative or executive branches.” 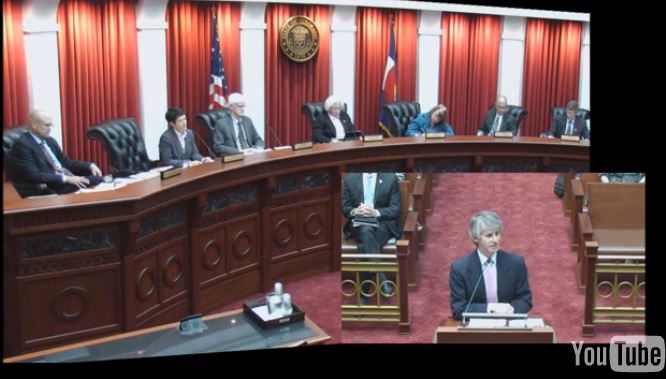 “No branch of state government should be allowed to dictate to the public why it is exempt from policies that are meant to make it accountable to the taxpayers,” added Lawrence, who is part of a bipartisan group of lawmakers working on a 2016 bill to ease access to judicial branch records.

The public hearing in the Supreme Court chambers (watch the video here), was the latest step in a rule-making process that began in 2013, a year after an appeals court decision affirmed that the Colorado Open Records Act (CORA) does not apply to the judicial branch.

The branch’s Public Access Committee recommended a set of rules last spring and Chief Justice Nancy Rice put them in effect last May as an interim directive. It’s to be determined whether the Supreme Court will adopt the rules as drafted or make any changes.

CFOIC President Steve Zansberg also testified at Thursday’s hearing, urging the justices to explain – if they adopt the rules as currently written – why the records of judicial branch employees should be treated “dramatically differently” from the way CORA treats the records of other government employees in Colorado.

He noted that the personnel files exemption in CORA has been “carefully crafted to reflect that the public has a profound interest in monitoring how government employees conduct their official duties.” CORA generally exempts only personal and private information about public employees that is unrelated to the conduct of public business, such as home addresses or home phone numbers. The proposed rules would allow access to just a few data points about judicial branch employees, such as their salaries.

“The approach that this branch has now proposed adopting is sort of a polar opposite” to CORA, Zansberg said. “It says everything maintained because of the employer-employee relationship shall be confidential with the exception of five discrete pieces of information.”

Frances Smylie Brown, a lawyer for the Office of the State Public Defender, disputed Zansberg’s interpretation of the personnel records exemption in CORA. In her own testimony before the Supreme Court, she said “it’s not true” the proposed rules would protect the personnel files of judicial branch employees more than CORA protects those of other government employees.

“At this point there is simply no good reason for this court not to adopt this,” Brown said.

Modernizing Colorado’s open-records law: Where Senate Bill 40 stands as it goes to the House