Education researchers and advocates are worried that a newly formalized approval process will make it harder to get information needed to adequately evaluate existing K-12 programs and to recommend innovations.

The process, adopted by the State Board of Education in September to implement a 2016 state law on student data privacy, requires that the elected seven-member board approve all outside requests for student-level data.

It is now possible for a majority vote of the state board to nix a research request endorsed by both the state education commissioner and a research approval panel appointed by the Colorado Department of Education (CDE). 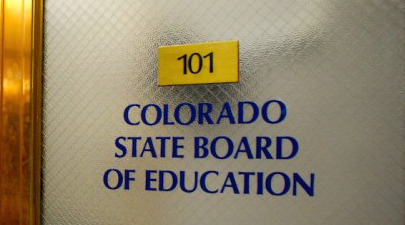 “We’re concerned about the impact this could have on academic educational research,” said Sarah Hughes, research director at the Colorado Children’s Campaign. “Politicizing this process seems a bit out of the ordinary based on other states I’ve looked at.”

An elected board of education “doesn’t have the expertise to evaluate the quality of the institution requesting the data or the nature of the (data-sharing) agreement,” added Van Schoales, CEO of A+ Colorado, an education reform think tank. “Data sharing is a highly technical thing that should be done by professional research folks and not elected officials. It could easily be politicized.”

For obvious privacy reasons, an individual student’s educational records cannot be disclosed to the public under both the Colorado Open Records Act (CORA) and the federal Family Educational Rights and Privacy Act (FERPA). However, certain researchers have obtained CDE’s permission to analyze assessment data and other types of student-level information.

Researchers need student-level – rather than aggregated – data to properly evaluate programs and policies and to help develop new and innovative programs, said Robert Reichardt, senior associate at APA Consulting, a Denver-based firm that analyzes public education systems. The federal grants that fund many K-12 education studies almost always require the use of student-level data to evaluate the effectiveness of policies and programs, he added. Education advocacy groups rely on studies made possible by student-level data research.

Reichardt said “appropriate” safeguards already were in place that required researchers to properly use data, destroy the data upon completion of their studies and be held liable for misusing data.

Datasets released to researchers do not include students’ names. Instead, each student is represented by a scrambled unique ID. Marcia Bohannon, CDE’s chief information officer, said the department takes additional privacy precautions by suppressing data for smaller categories of students. (Chalkbeat Colorado reported recently that more restrictive precautions implemented in the past year severely limit the amount of aggregated student assessment data made available to the public.)

Still, Bohannon said, some members of the State Board of Education remain concerned that data could be matched back to individual students. She said CDE staff recommended a process that did not involve the state board approving each research request. State board Chairman Steve Durham requested the additional level of approval at the board’s meeting on Aug. 10.

Because “the board will take heat for things that don’t go right,” it should approve or deny each research request, the Colorado Springs Republican said at that meeting. “That way, the board knows what they’re getting into and what they’re responsible for.”

The board tested the process in June when it considered a research request from the Center for Research on Education Outcomes (CREDO) at Stanford University. CREDO Director Macke Raymond traveled to Pueblo to assure the board that the center’s data security procedures are “equivalent to those practiced by NASA, the National Security Administration and the Centers for Disease Control.”

Raymond said CREDO, which studies the effectiveness of charter schools, has data partnership agreements with 28 states and has worked with CDE for eight years. “As much as privacy is important to you,” she told board members, “it is career critical for us. If there is ever a problem with any of our agreements, they all go down and no one will ever – ever again – give us a data agreement.”

The board approved CREDO’s request 5-2 after Durham asked about the scrambled student IDs in the data: “It would not be possible for you to identify students, even if that was your objective, correct?”

Education advocates and researchers have additional concerns about the new approval process. Some of the evaluation questions appear to be ‘fairly subjective,” said Leslie Colwell, vice president for education initiatives at the Children’s Campaign. One question to be considered by CDE’s research approval panel asks, “Does the research cover areas that need to be explored?”

“Who gets to decide that?” said Kelly Hupfeld, associate dean of the University of Colorado Denver’s School of Public Affairs. While much of the new process is “perfectly reasonable,” said Hupfeld, who ran the school’s Center for Education Policy Analysis, “I can easily see a situation where you have a legitimate research request and it’s denied.”

Reichardt said he’s concerned the process will create barriers for researchers who want to “identify and develop effective programs … It creates almost a chilling effect.”

That’s already happening, Bohannon acknowledged. There was a time, before the recent wave of student privacy concerns, when CDE considered “five or six” research requests at a time, she said. Now, it’s one or two.

That’s not likely to change much under the new process. “We don’t want to inundate the board with too many requests,” Bohannon said. “… If we get too many, that’s going to be most of their board meeting.”

She requested electronic copies of emails. The charter school provided a box of rain-soaked paper.