SB 16-038 won unanimous approval in the Senate State, Veterans and Military Affairs Committee after senators removed the CORA provision. The amended version requires the state auditor to conduct a performance audit of each community-centered board (CCB) within five years. Additional audits would be at the auditor’s discretion.

Sen. Owen Hill, R-Colorado Springs, said the amendments address his concerns about forcing private entities to abide by a law intended to open government records. Acknowledging that CCBs receive “a lot of public funds,” he said, “I think we’ve got a good compromise here.” 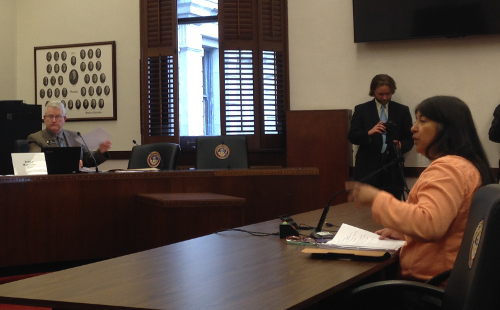 Under the original version of the bill, CCBs receiving more than 75 percent of their annual funding from public sources would have been required, like governments, to provide detailed financial records and other information when requested by the public. That would have covered all 20 of the nonprofits, which get anywhere from 82 percent to 94 percent of their funding from federal, state and local tax money.

As we wrote more than a month ago, Aguilar expected the CORA provision to be removed after the Senate committee heard testimony on the bill Feb. 1.

“Obviously, the proponents would have preferred CORA,” she said after Wednesday’s vote, but the bill still allows the state auditor to keep probing CCBs “if she finds a lot of errors.”

Aguilar said it may be possible to amend the bill to require more detailed financial information in CCB contracts with the state Department of Health Care Policy and Financing. Those contracts are available to the public under CORA.

“There’s a lot of information that some active constituents would like to have,” Aguilar said. “We should find a way to help them get it.”

SB 16-038 will be heard next in the Senate Finance Committee.