A bill to let one-time offenders petition to seal the public records of their misdemeanors died in the House Local Government Committee on Wednesday following opposition from prosecutors, victims’ advocates and law enforcement officials.

“In a way we’re taking about forgiveness,” Lebsock said. “At what point are folks going to be able to get an apartment, a job and make sure they’re not on food stamps for the rest of their life? This is the fundamental question.” He asked if the public’s right to know outweighs a person’s ability “to integrate back into society.”

But even though an amended version of the measure removed domestic violence and third-degree assault from the list of crimes that could be sealed, opponents named several other serious misdemeanors that could have been eligible for sealing. These included menacing, reckless endangerment, impersonating a police officer and possession of an illegal weapon. 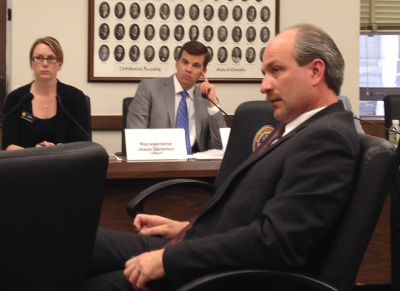 Under the proposal, also sponsored by Rep. Jack Tate, R-Centennial, a one-time offender would have had to wait five years after the completion of his or her sentence to petition a court for the sealing of a misdemeanor record. To get the record sealed, he or she could not have been convicted of – or charged with – another crime.

The proposal would not have expunged a person’s police record. That would still have been visible to law enforcement officials and others in the criminal justice system. The bill, as amended, also would not have allowed the sealing of drunken-driving misdemeanors. It was killed on an 8-3 vote.

CFOIC looks back: Transparency highlights and lowlights in 2015

The misdemeanor for violating CORA is going away on Aug. 9. Does that matter?