“The press in particular is aware of the fact that excessive government secrecy, especially when imposed arbitrarily by elected or administrative officials, can endanger the freedom of speech concept embodied in the First Amendment and may threaten democracy generally.”

With that observation, a November 1967 report issued by a special committee of the Colorado General Assembly proposed Colorado’s first law establishing the principle of open public records.

To commemorate CORA’s golden anniversary, the Colorado Freedom of Information Coalition asked a few Coloradans for their thoughts on what what the open records law means to them and what it has meant for the people of our state.

Former Gov. Richard Lamm, who co-sponsored the bill as a Democratic state representative from Denver, emailed a response with the heading, “That damn Open Records Act.” Coming from a former chief executive of the state, his words may be all that needs to be said about why public access to government records is so important.

“This resulted in a great loss to the public as I would have made a brilliant dictator!” he added in a subsequent email.

Tom Kelley, former CFOIC president and a media lawyer who, for decades, has defended the public’s right to access government records. “These days, people frequently speak of CORA in derisive tones because it has become so riddled with exceptions born of politics and special interests. I can’t say I’m not susceptible to such thoughts now and then, but more often I think of CORA as a glass (at least) half full.

“In 1960, there was no CORA nor any similar legislation at the federal level, and the press and public had to rely on a vaguely defined common-law right that was difficult to enforce. That changed at both levels in the 60s. When I first arrived in Colorado for law school 50 years ago CORA was quite the buzz.

“But it proved to be a bit less than hoped for, because enforcement was available only for those who were able to afford legal fees, enjoyed access to pro bono legal assistance, or had the temerity to take on well-lawyered public entities on their own. 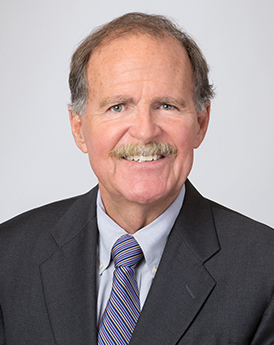 “The original CORA was comparatively simple compared to what we have today, with its reams of exceptions-to-exemptions and internally contradictory clauses added over the years. But the public’s right to know has also made significant gains under CORA, particularly when the law was amended to provide for a mandatory award of attorney fees and costs to any citizen who prevails in court against a resisting records custodian. After a number of six-figure awards of legal fees, records custodians have noticeably veered toward voluntary compliance.

“Just to keep the glass half full requires vigilance and diligence by people willing to fight for their rights, both in the courts and in the legislature. The citizens of this state should be grateful to the CFOIC (and support it) for its role in waging those fights on their behalf.”

Kevin Vaughan, 9NEWS investigative reporter and former journalist for the Rocky Mountain News and The Denver Post.“The Colorado Open Records Act is the only thing standing between a Colorado citizen and government secrecy. It’s the law that guarantees each of us the right to know how government operates – without it, we wouldn’t be able to demand to know how public officials spend tax money or how they make decisions on important issues. It’s a law that I have read and referred to and cited thousands of times over the years, and I think we all owe a debt of gratitude to the legislators who had the foresight to recognize that it was vital in a robust democracy for the people to understand how the people’s business is conducted.

“It’s not perfect – research fees allowed by the law are too often used, I believe, to thwart people who want to obtain records – but without it there’s no doubt in my mind that public officials would feel freer to operate in the dark, making questionable decisions without any real fear that the public would learn about them.”

Sen. John Kefalas, D-Fort Collins, prime sponsor of 2017 legislation that modernized CORA.“Especially these days, it is good to have well-intentioned and meaningful public policy to celebrate. CORA is an essential law that opens up the halls of government to the people and the press by providing access to public records and information, and with such access we the people are better able to hold government accountable and ensure greater transparency. After all, these public records belong to the people and taxpayers. Government agencies, including institutions of public and higher education, are the custodians of this information, and CORA provides the tools and methods to hold these public entities responsible for their actions and how they spend public funds.

“CORA and Colorado’s Sunshine Law, first passed in 1972, ensure proper checks and balances of our representative democracy, which is vital. It is important to note that since 1968, CORA has gone through numerous updates to keep up with changing times and technologies related to how public records are maintained and accessed. The most recent CORA modernization was in 2017 with the passage of SB 17-040, which made it easier to access electronic and sortable data, thus the window of scrutiny was opened wider. However, it has been said that all the CORA changes over the past 50 years have been piecemeal and thus a comprehensive review and overhaul of CORA is overdue.”

Jill Duvall, resident of Elbert County.“Living in a county predominantly controlled by one political party for several decades, I have found CORA to be invaluable in compelling county government to be accountable and transparent to its citizens. Were it not for the mandate of CORA, which requires that most public records be made available to citizens, many of our county’s practices would have remained obscure and veiled with few avenues of recourse for county residents. The simplicity of the process for requesting records, and the well-defined guidelines for the responding government entity, have proven that the CORA parameters developed many years ago were thoughtfully instituted with the spirit of open government at the forefront.”

Tyler Silvy, deputy editor of The Greeley Tribune.“No open records law is quite the same, but I find the Colorado Open Records Act trumps the law in my home state, Oklahoma, in two key areas: First, it has a three-day time limit for government officials to respond (I’m still waiting on a request I filed in Oklahoma a decade ago). Second, my new daughter’s name will be Nellie Cora Silvy, and Cora sounds a heck of a lot better than Oora. Many thanks to my wife for allowing such a nerdy commitment to open records!”