A bill to encourage state government whistleblowers won the endorsement of a Senate committee Monday, despite fears that private information could be made vulnerable to security breaches.

Under the amended version of SB 16-056, state employees couldn’t be disciplined for revealing confidential information while reporting instances of waste, mismanagement of public funds or abuses of authority to the state attorney general’s office.

Currently, there are no protections in the law for Colorado government workers who might give out information exempted from disclosure by the Colorado Open Records Act or another state statute. 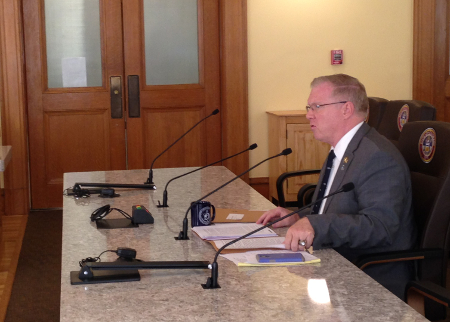 Jennifer Anderson, legislative director for the Colorado Attorney General, said a state employee who wishes to blow the whistle on agency wrongdoing now has no option but to “release the information to the public in order to bring attention to whatever the illegal or wrongful behavior is.”

SB 16-056 would let whistleblowers go directly to the AG’s office, which would determine whether the information should remain confidential. If the whistleblower’s allegations of illegal or unethical behavior involve the AG’s office, the Office of Legislative Legal Services or the state judicial department would take the complaint.

Denise Maes, public policy director for the American Civil Liberties Union of Colorado, testified against the bill because the process seems to let private data pass through the hands of too many individuals.

“There is too much confidential information that is disseminated to too many people without establishing the need for it and without sufficient protections,” she said.

The bill, which passed the Senate Judiciary Committee 5-0, will be considered next by the Senate Appropriations Committee. It’s somewhat similar to a measure that ultimately died in the legislature last year.

The 2015 bill included a controversial provision declaring the legislature to be a health oversight agency so that it could receive redacted health information protected from disclosure by the federal Health Insurance Portability and Accountability Act (HIPAA).

How soaring inflation will affect fees for public records in Colorado