I’ll be happy to write the script and direct.

Let’s title it, “Game of Denials.” Opening title screen says, “Based on a true, ludicrous story.” 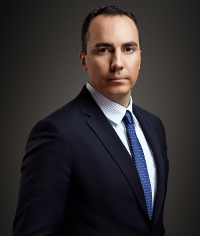 The camera opens up on a forlorn Maketa once again. The sex scandal that may have been perpetuated with tax dollars is still a lingering topic in the sequel, but this time, our main character says something you’ll never hear a public official say:

Dear members of the public:

I am guilty of trying to use the Colorado Open Records Act to skirt disclosure of something embarrassing.

I made an apology video using public equipment and sent it to other public employees on a public computer server.

But I did not want you to see this apology because I actually address the embarrassing sex scandal that I refused to comment about publicly.

I also admit in this video that I wasn’t candid when confronted with the allegations.

Heck, can you blame me?  I’m a politician. I don’t want you see that! Come on!

But, I must continue….

I promised in the first video that my department would get better by the hour.

I kinda forgot to include transparency on that list.

So, I directed my legal advisor to keep that first video out of the public eye by telling a pesky reporter it is not a public record. 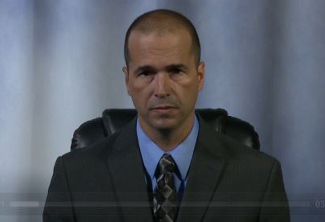 But it didn’t work.

Maketa’s video already had been leaked to The Gazette in Colorado Springs thanks to an employee who recorded the video itself with a cell phone.

But in that grainy, horrible copy, you couldn’t make out much of what Sheriff Maketa said.

The public deserves to see a copy of the original file, which is why I filed a CORA request last week to get it.

My request was denied with an argument that just wasn’t true: ”The substance of the video has nothing to do with ‘the exercise of functions required or authorized by law or administrative rule’ … It therefore does not meet the definition of ‘public record.’”

Thankfully, the El Paso County Commission was responsive to my quest to get this video out there.

Within an hour after I sent emails to the entire commission about the sheriff’s department’s absurdness, I got a call and was told the video would be released.

The county attorney disagreed with the sheriff and 9NEWS got a copy of the original video Friday night. We put the entire thing on the web.

A small victory for the public.

Sadly, battles like this play out almost every day between journalists and agencies that try to keep things secret.

It’s not the most exciting stuff made for Hollywood, but there are plenty of villains out there who don’t want you to see what we bring you on screen.

Jeremy Jojola is an investigative reporter for 9NEWS, KUSA-TV, in Denver. Contact him at jeremy.jojola@9news.com or @jeremyjojola on Twitter.